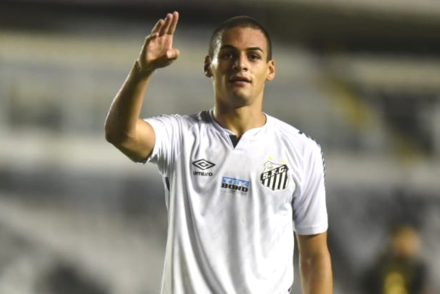 Juventus is monitoring a number of quality players in South America

Juventus has signed some top South American players in their history, although a majority have joined them as senior players.

The Bianconeri are now looking to bolster their squad with much younger players and the likes of Federico Chiesa and Dusan Vlahovic have been brought into the group in recent transfer windows.

They will keep adding young players to the squad and have cast their scouting nets in South America.

Tuttomercatoweb reports that they have an eye on some talents in Brazil and Argentina.

The report claims Juve is interested in Kaiky Fernandes, an 18-year-old defender who plays for Santos.

They also want Johnny Cardoso, 20, of Internacional, Ramon, 21, of Flamengo and Valentín Barco, 17, of Boca Juniors.

South America supplies Europe with some of its best talents and sometimes it is helpful to sign them early.

When these players develop into world-class players, you now have a top talent in your squad for a fraction of the price you would have paid to sign him as a senior professional.

It would be interesting to see which of these players Juventus will add to their squad first.

Kaio Jorge has still not become a permanent fixture in the first team since he moved across the continent, but the club trusts him and is taking his introduction to regular first-team action slowly.

These four Juventus stars could leave the club this summer