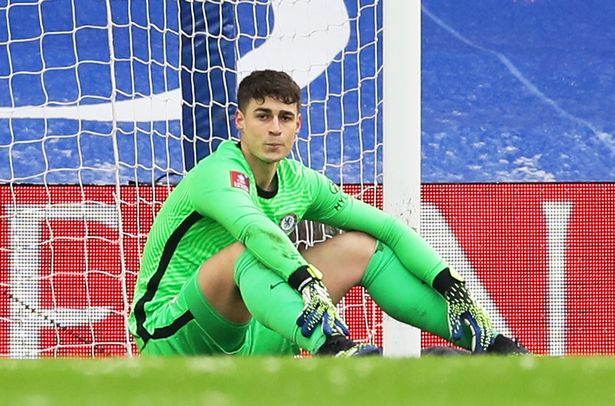 Juventus seems to be in the market for a new goalkeeper despite backing Wojciech Szczesny in the summer when they could have signed Gigi Donnarumma.

The Bianconeri trust the Pole, and Max Allegri thinks he is one of the best goalkeepers in the world.

However, an interesting report on Fichajes.net claims they are already looking for a new goalie who will serve them now and in the future.

The report claims the days of Szczesny are numbered at the club, and Kepa Arrizabalaga would replace him.

The Spaniard is the second choice at Chelsea despite being the most expensive goalkeeper in the world at £72.00m.

The form of Edouard Mendy means the Senegalese number one has remained the first choice at Stamford Bridge and Chelsea might sell Kepa.

Szczesny has been a great goalkeeper, and it is hard to believe this report, especially because Juve wants to keep Mattia Perin as well.

Kepa has struggled for form and consistency, which is why he is hardly getting playing chances.

He would likely not be a better goalie than Szczesny and it makes little sense to sign him.

Perin should remain as our second choice, while we spend our money in strengthening other parts of the team.