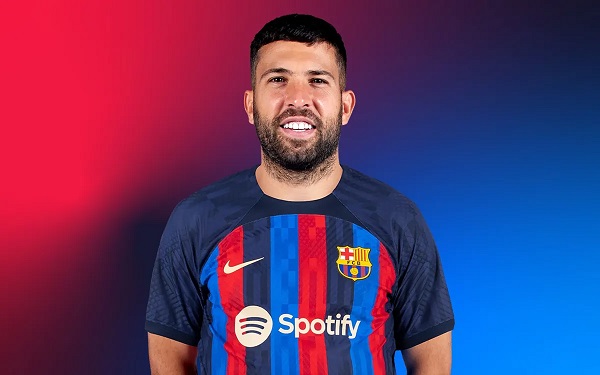 Juventus has their eyes on the market as they bid to correct their poor start to this season.

Several Bianconeri players have underperformed, and the club will wish they had signed more men before the transfer window closed.

The next one offers them a new chance to bolster their squad, and they could take it.

One position they lack depth is their left-back spot, and Alex Sandro has not been in fine form.

The Brazilian could leave at the end of this season when his contract expires, and Juve needs to find a replacement.

Reports have linked several names with a move to the club, and the latest is Barcelona’s Jordi Alba.

After several seasons as the Catalans’ first choice, he is now number three on the pecking order.

Tuttomercatoweb reveals Juve is in talks with his entourage to convince him a move to Turin is best for his career.

Alba is one of the more decorated left-backs in the world, and Max Allegri would love to work with him because he is very experienced.

However, if he is not good enough to get on the Barca team, why should he be good enough for us?

We must start signing younger and more relevant players instead of individuals who are benchwarmers at their present homes.