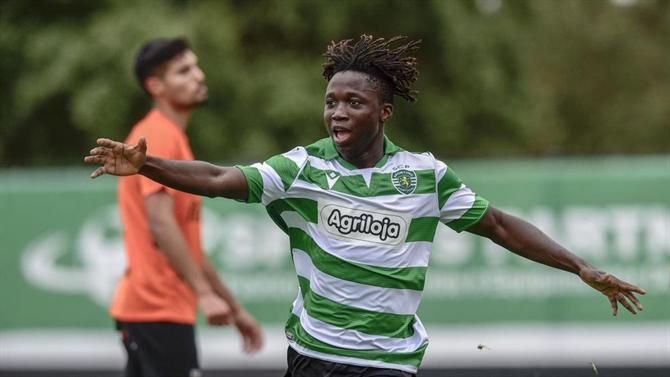 Juventus join the likes of Arsenal chasing the “New Ronaldo”

Sporting Lisbon youngster Joelson Fernandes is wanted by Juventus, according to Calciomercato.

The 17-year-old Portuguese youth international has been likened to Cristiano Ronaldo who also burst on to the scene as a teenage prodigy for Sporting.

He was the subject of interest from many top European teams in the last transfer window including Premier League outfit Arsenal, but Sporting managed to convince him to remain with them.

The report reveals that the player’s father, Eusébio Mango Fernandes, has mentioned Juventus as one of the teams that are interested in signing his son before he signed his last deal.

He revealed this in an interview with O Democrata in his homeland while discussing his son’s new deal with the Portuguese giants.

The report stated that Juve faces competition from the likes of Arsenal, Borussia Dortmund, Barcelona and Ajax in their bid to sign him.

Juve has the reputation of signing old and experienced players and these signings have helped them dominate the Italian game.

However, under the management of Andrea Pirlo, the Italians have been targeting younger players.

The signing of the likes of Federico Chiesa shows that they might have a younger squad soon.

Fernandes still has time on his side and Juve can allow him to develop even further before making their move for him.