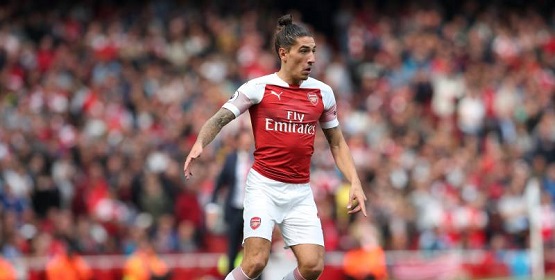 Juventus joined by Spanish side in the race for Arsenal man

Juventus has been linked with a transfer for different right-backs in this transfer window, and one of them is Hector Bellerin.

The Spaniard has remained unwanted at Arsenal where he has just returned from a successful loan spell at Real Betis.

Betis cannot fund a permanent move for him now, and Arsenal is open to offers from other clubs.

Bellerin is one of the most recognisable names in European football, and Juve wants to add him to their squad.

However, Tuttojuve reports that they are facing strong competition for his signature and the latest club to declare an interest in him is Villarreal.

Unai Emery’s side eliminated the Bianconeri from the Champions League last season, and they remain one of Spain’s overperforming clubs.

If he desires a return to his homeland, they could easily beat Juve to sign him.

But he has a better chance of winning trophies if he moves to Turin.

A move for Bellerin makes sense if the player wants the transfer, and he is priced reasonably.

However, if none of that is applicable, then it would be much better not to pursue a transfer for him.

He remains one of Europe’s finest full-backs, and he could make an impact at Juve, but this transfer should only happen if the club is sold to him and he is excited to play for us.