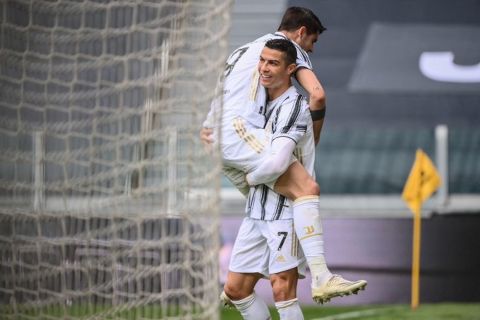 Juventus lead from start to finish to down Genoa

Juventus took the lead after just four minutes of play, and continued to dominate throughout the 90 minutes against Genoa.

The Old Lady came shooting out the blocks to pile the pressure on from the off, and it paid off the the early goal.

Djan Kulusevski was played in just inside the box before he fired ferociously across the goalkeeper with the outside of his boot to break the deadlock.

We continued to dominate after taking the lead, and we only had to wait less than 20 minutes to see us move 2-0 ahead. Federico Chiesa’s speedy run from just inside our own half saw him break in behind the defence, only to be denied by the goalkeeper, but Cristiano Ronaldo and Alvaro Morata were there to mop up the rebound.

Genoa’s first shot of the game came just before the break when Gianluca Scamacca turned his man to get free in the box, only for Wojciech Szczesny to close him down and deny his effort.

Just after the interval however, the Rossoblu did pull one back. The floated corner was met by that man Scamacca again, but his header did beat the Polish goalkeeper.

Genoa did come alive with the boost of the goal, but it didn’t take long for Juve to get a grip on the game once again, and the subs made did close the game out.

McKennie had been on the pitch a matter of minutes when he beat the offside trap to run at the goalkeeper, and he made no mistake in chipping his effort over the charging goalkeeper.

Despite pushing for a fourth, we settled for a 3-1 win, and it was an impressing performance, and there should now be little doubt that we will indeed secure Champions League football for next season.

Video: Weston McKennie wastes little time to get on the scoresheet