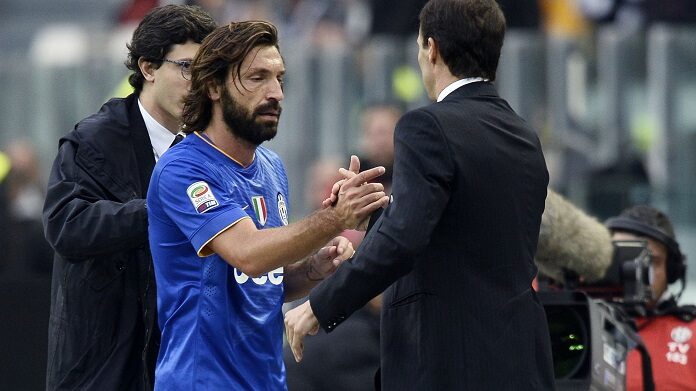 Juventus are lining up Massimiliano Allegri as the potential replacement for Andrea Pirlo.

The manager only took charge during the summer, but has already failed to win four of his six matches thus far, and his failure to line the team up in the same formation for consecutive fixtures has come into question.

Pirlo’s future is now being cast in doubt, with the club supposedly preparing a back-up plan, with former manager Allegri in the frame.

The DailyMail also claims that owner Andrea Agnelli will be present during training sessions over the coming days as he overlooks the manager and his team after a underwhelming start to the campaign.

Juventus have won only one of their Serie A matches this term, with a win over Dynamo Kiev is their only other win so far, but the team has been largely unconvincing.

The manager has consistently stated that the team is under construction, but winning only two of our six matches thus far is simply unacceptable, with the walkover against Napoli not down to footballing terms.

Regardless of whether Cristiano Ronaldo has been available, Juventus has more than enough ability in the squad to beat the likes of Hellas Verona, Crotone and Roma, and those results are simply not good enough.

Should Juve be considering replacing Pirlo at this early stage in the season? Would Allegri’s return bring an instant boost to our results?