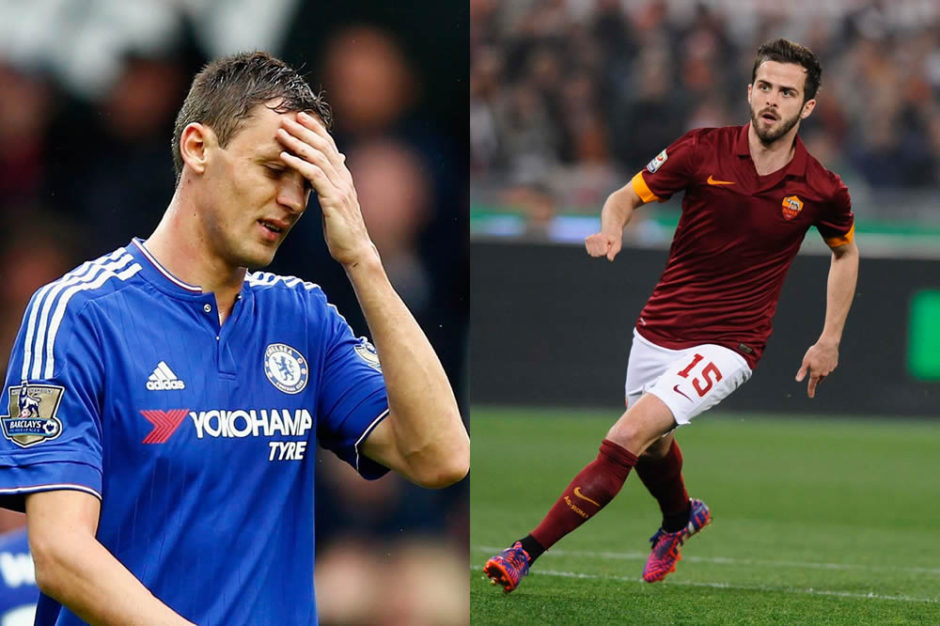 Juventus have been linked with Nemanja Matic and Miralem Pjanić in their search for a new midfielder.

The season isn’t over yet, but the transfer rumours are already dominating many of the Italian dailies.

The latest ‘reports’ from England suggest Juventus have been in contact with Chelsea over a deal for Nemanja Matic who suffered a torrid season at Stamford Bridge this season.

The Daily Express believe Juventus have been in contact with The Premier League club for the last week and ae confident of completing a €25m deal for the midfielder.

The paper suggests Juventus are following the Bosnian’s situation closely, and are not undeterred by the €38m buy-out clause.

Beppe Marotta would face serious competition for the midfielder, as both Bayern Munich and Barcelona are watching the player with interest, the Bavarian’s being the favourites to land the player.