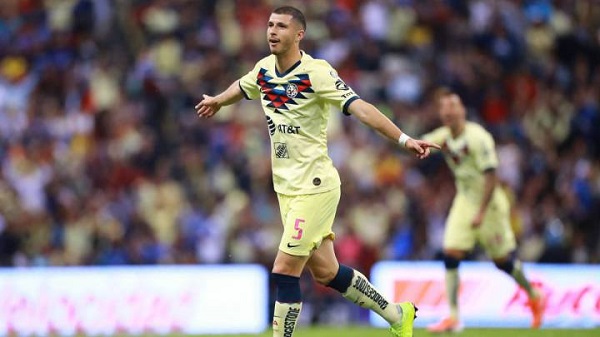 Guido Rodríguez has been one of the most improved players at Real Betis since the arrival of Manuel Pellegrini at the Seville side.

His fine performance for them is now attracting the attention of top European teams including Juventus.

The midfielder has been the driving force in a team that is targeting a return to Europe at the end of this season.

He might help them achieve that but playing for them in Europe might not happen as he is likely to have changed teams by then.

Todofichajes reports that several Italian teams led by Juventus want to sign him.

The midfielder is reportedly planning to take an Italian citizenship test and if he passes, a move will become super easy.

Juve is being rivalled for his signature by the two Milan sides and any club looking to sign him will have to pay his 80m euros release clause.

However, if the player pushes to leave, the fee might be smaller. His former team Club America reportedly has a sell-on clause of 25% of a future transfer fee and that could affect how much he would cost Juve.

Signing another midfielder might force the Bianconeri to get rid of some of their current options.

These players have the rest of the season to prove to Andrea Pirlo that they can be useful to him and don’t need to be sold or replaced.