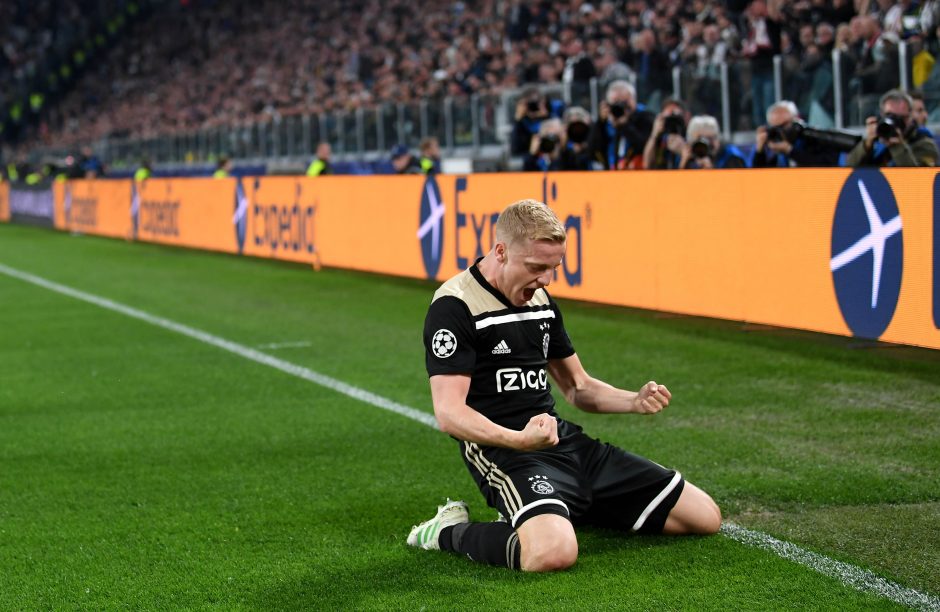 Juventus are reportedly in the race to sign Ajax midfielder Donny van de Beek but face competition from Manchester United and Real Madrid.

The 23-year-old scored against the Bianconeri last season in their Champions League quarter-final last season and is expected to be one of the most sought after midfielders this summer.

De Telegraaf journalist Mike Verweij reports that alongside Real Madrid and Manchester United, Juve have an interest in the youngster, however United’s interest is more concrete for now.

Juve were previously linked with Van de Beek as they look to update their ageing midfield with Miralem Pjanic and Sami Khedira expected to leave this summer.

Juventus are also interested in Donny van de Beek, but Manchester United are being a lot more concrete. [@MikeVerweij] pic.twitter.com/lLUQes5YQo

Juventus to meet for Kumbulla