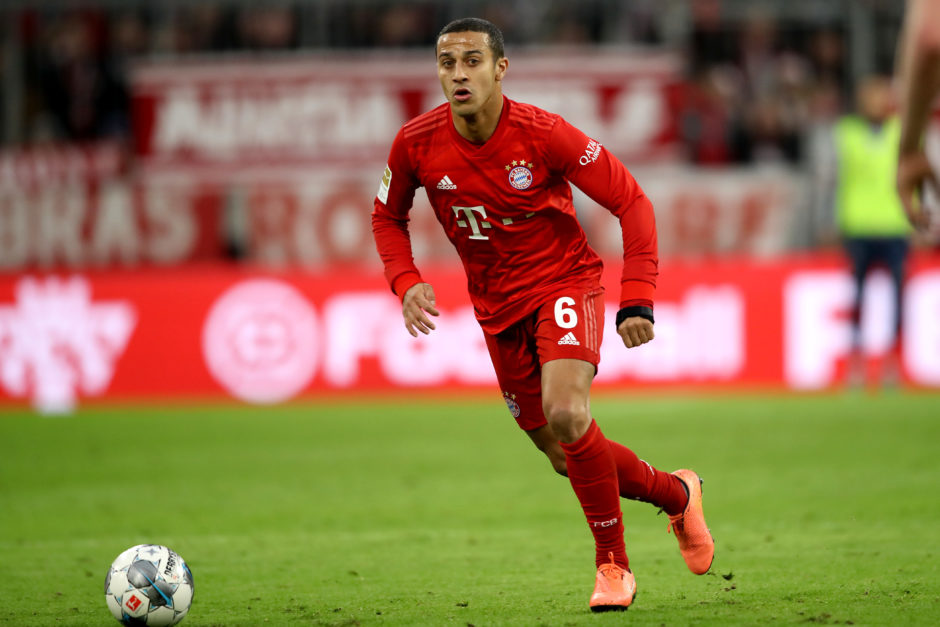 Juventus have been linked with a move for Bayern Munich midfielder Thiago Alcântara who looks set to leave the club this summer.

The Spanish international has just a year left on his contract with the Bavarians and his refused to sign a contract extension, leading to links with Liverpool and Manchester United.

Sportmediaset report today that Juventus are interested in signing the 29-year-old and could arrange a player exchange that would see Brazilian winger Douglas Costa return to the Bundesliga side following a successful spell there, prior to his move to Turin.

According to the report, the two clubs already have an agreed valuation of both players, approximately €30 million, meaning it would be an equal exchange with no additional fees.

The Brazilian winger is reportedly no longer in Andrea Pirlo’s plans for the upcoming season as he looks to change the formation and tactics away from the 4-3-3 employed by Maurizio Sarri.

The two clubs have an excellent relationship, having previously agreed deals for Medhi Benatia, Kingsley Coman and Costa, most recently.