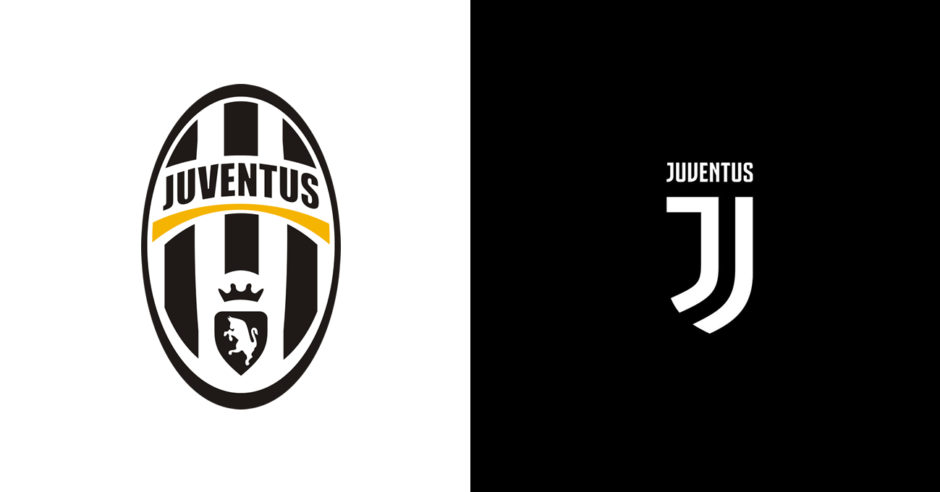 I wasn’t even aware that Juventus was holding a press conference yesterday let alone that there were introducing a new logo. I must admit, at first I wasn’t even sure what I was looking at and then it began to sink in. The responses from social media were so strong and mostly negative, Juventus fans feeling they had been betrayed, almost in a way embarrassed. Other teams mocking the modernization of the logo, correction, not the logo, but now the brand of Juventus.

Since 2010, management has hardly set a foot wrong but would this be their largest failure or is this a stroke of misunderstood marketing genius which will only be revealed with time?  Quite frankly, if it is the latter, it would not be the first time that something so controversial at the beginning would morph into a success.

Firstly this is more than a logo, it is now a brand, something larger than 11 men on a pitch, it’s an extension of a football team that will encompass any manner of product, promotion and service. Therefore, why is it necessary to rebrand at all and why should this look more like an apparel or automotive company and less like a football crest?

Ten years ago, Juventus was a financial powerhouse, this was before the days of the ridiculous EPL TV money, before countries started buying football teams, before kit sponsorships approached the gross domestic product of a developing nation and before the Chinese invasion.  The current reality of Serie A and football is very different.

Juventus lost a great player in Pogba this year to Manchester United. Despite what one might argue, the move, at least for this year was completely marketing related. There was absolutely no football reason for the move to happen in 2016. This is as much a referendum on the state of Serie A as it is on Juventus.  Juventus has maximized their gate revenue, they do well with Champion’s League money but that is not a guaranteed source of income and teams must be able to increase their guaranteed sources. They operate out of a small town compared to the likes of Madrid or Chelsea or even for that matter Napoli and Roma.  They are the best house on a not so great street right now as Serie A is run by an aging fool who has done nothing to modernize the stadiums or increase the TV revenue. Essentially they are on their own.

Juventus cannot be a city team of Torino, it must become a worldwide brand and not a worldwide football brand, but a worldwide lifestyle brand which opens up non-traditional revenue sources. There is a genius here that is being underappreciated for two reasons.  The first is because some think it destroys the purity of the game.  The second is because the reasons behind it are not fully understood or appreciated.

I think the purity of the game is a fluid concept based on a given time period. Things that people might consider not meeting the standards of purity would be; paying players, buying and selling players, players with long hair, players with tattoos, players with facial hair, sponsorship on kits, sponsorship around the stadium, Catholics playing for Rangers, teams made up of foreigners.  If you read this and think that some of these things are ridiculous things, then remember at one time they were not accepted by the general football public.

To survive, thrive and grow change is necessary. There is a saying, the only constant in business is change. Changing what your brand means, what it is and what it encompasses. This has already begun; it just has a face to it. J Medical, J Museum, La Continassa, which is the area surrounding the stadium and might be entitled something else in the future that starts with a J. This is not unchartered territory; at one time it was called The Apple Computer Company. Computers now account for about 12% to 13% of their sales. The ‘I’ branding recognized the need to expand into new markets and as such the allowed themselves to no longer think of themselves as a computer company and instead as a media and communications company.  This resulted in Apple changing the music business (iTunes), the animated movie business (Pixar) the communications business (iPhone) and the portable computer business (iPad).  Did you know that in China Porsche is considered an SUV company that builds sports cars? Is that incorrect? I remember when Porsche was just about sports cars, but if they make more SUVs now then are they not that? The creation of the SUV did not take away from the 911, all it did was to help the company survive and infused it with enough capital so that it could continue to make the 911 and it has never been better. Juventus must strive to do the same.

So why the new logo. Continuing our comparison with Apple, could you imagine if your phone had this logo on it? 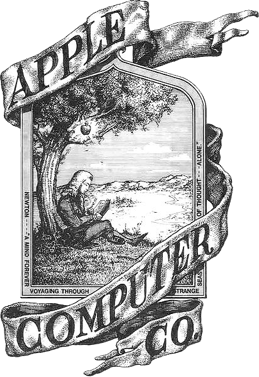 Would it make sense to have a computer logo from 1977 on an internet device in 2017? The new Juventus logo is no longer about the football team, it’s about the brand. An expansion beyond the pitch that must encompass everything it does and that it intends to do. Therefore, it must not only appeal to the core football fan, it must appeal to non-football fans.

Question; how many support the team because of what the logo looks like? It follows that if this number is very small that a change in logo a change in the branding will not chase away those who are there for the on pitch performance. What it will do is to invite new people and new markets in.

Juventus could not have strayed more from their traditional logo than the stylized J that they presented today…that is the point! Crests are very traditional, very football, but if you want to expand your brand beyond that, it needs a wider appeal. Will they brand shoes? Will they have a line of casual clothing and not just athletic wear. It permits them to expand beyond a football team.

I saw many ridicule that it took a year to come up with a J. Logos are not easy, but sometimes what seems simplistic is such because it is very well thought out. I don’t know but we will see. I do know they are in good company.  That year would have been spent studying contemporary logos, understanding how they appeal to the product markets they want to enter, looking at how different geographic markets respond to design. Think now that we have a letter from the Western alphabet that has to appeal to over 3 billion people who do not use that alphabet.   It is also a more social media friendly logo in a social media world.

Examine the simplicity of the following industry leading logos and then compare which of the two Juventus logos would be better poised to take them to the next level.

Yes the bull is gone, which represents the city of Torino, but this is no longer about the past and past representations, it’s about the future, it’s about new markets, Juventus is not a Torino brand, it’s a global brand.

Ferrari, Juventus’ corporate cousin has embarked on a similar path in order to assure their continued survival and growth.

I can understand the backlash but I can also see why it was done. For those who don’t think it reaches back into the past remember what Gianni Agnelli said; “I get excited every time I see a word beginning with ‘J’ in the papers.”