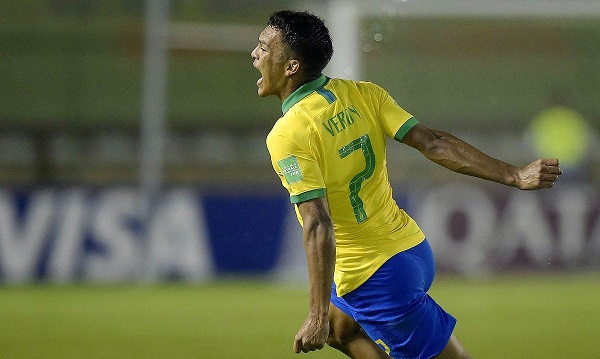 Gabriel Verón is the latest top young talent from Brazil that has caught the attention of top European teams.

The 18-year-old of Palmeiras has been dubbed the new “Neymar” for his flamboyance and the performances that he has started to put in at this early stage of his careers.

Todofichajes claims that Juventus alongside the likes of Arsenal, Real Madrid, Manchester City and Milan all want him after they recieved good reports from the scouts that they sent to spy on him.

He has already played 13 games for Palmeiras this season, contributing two goals and an assist.

The report says that he has decided to focus on his football and he has placed his future in the hands of his agent.

It says that he is hoping to earn the kind of move that the likes of Vinicius Junior made to Real Madrid.

Juventus has been targeting youngsters from around the world recently and looking at how the likes of Neymar and Vinicius have turned out, they will not want to miss out on Veron.

However, competition means it will take more money to sign him, and it remains unclear what the transfer fee will be.