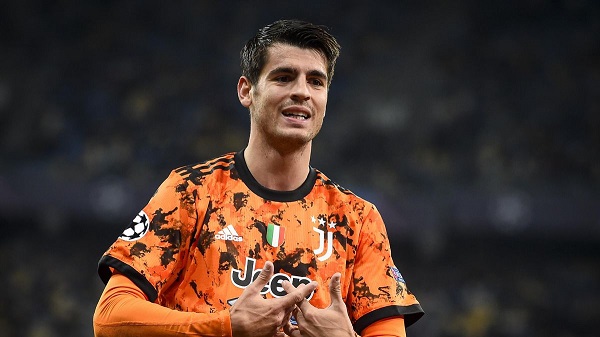 Juventus make a decision over the future of Alvaro Morata

Alvaro Morata has emerged as one of the signings of the summer after he joined Juventus on loan from Atletico Madrid.

The Spaniard had previously enjoyed two years with the Bianconeri and everyone involved would have dreamed of a productive time together in his second spell.

He has hit the ground running as fast as he was expected and if not for VAR, he would have scored more than his current 6 goals in Serie A and the Champions League.

The Spaniard is on loan at Juve for the next two seasons and the Italian champions have the option of making the loan deal permanent.

They have between now and 2022 to redeem the loan, but they will not be waiting for that long because of his fine start.

Todofichajes claims that Juve has been so impressed by him that they are looking to make his loan move permanent as soon as possible.

It claims that although they still have time, they are prepared to pay the €45M required to sign him as soon as January.

Morata has enjoyed the best time of his career when he has been in the Juventus shirt and the Bianconeri will hope that he will fire them to a 10th consecutive title.

A Premier League team might relieve Juventus of outcast