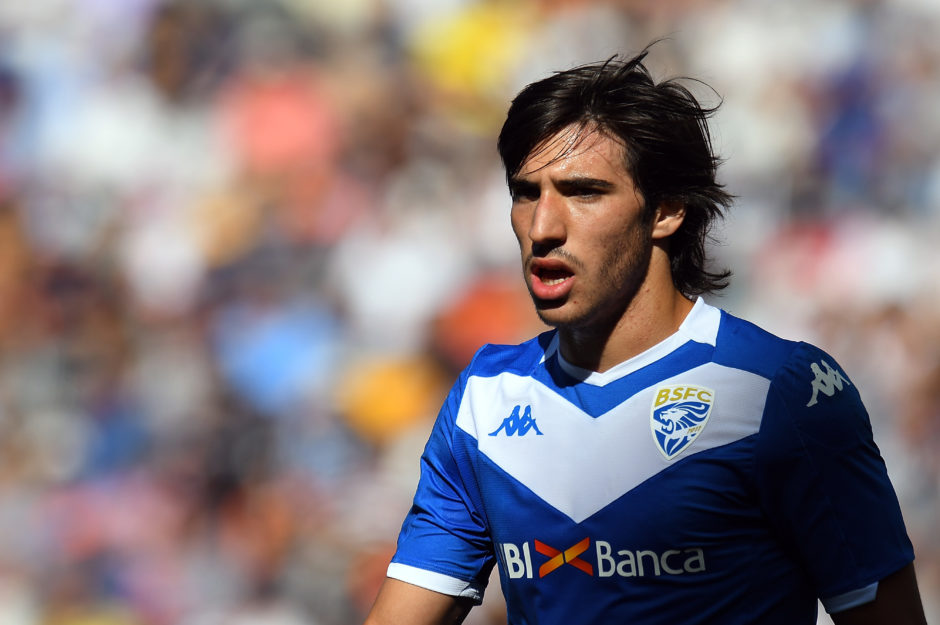 Juventus have reportedly made an offer for Brescia midfielder Sandro Tonali, but it’s not a direct purchase.

The 20-year-old is one of the hottest properties in European football and is reportedly of interest to Liverpool, Manchester United, Juventus and Inter.

Previous reports from Sky Sport Italia had suggested that Inter had made an offer to Brescia and agreed terms with Tonali over a summer switch,

The offer would include a set obligation to sign him outright at the end of the loan and the player is valued at €35m by both clubs with €5m in bonuses.

The players’ agent, Beppe Bozzo, is reportedly evaluating both offers and paying particular attention to the technical elements of the deals.