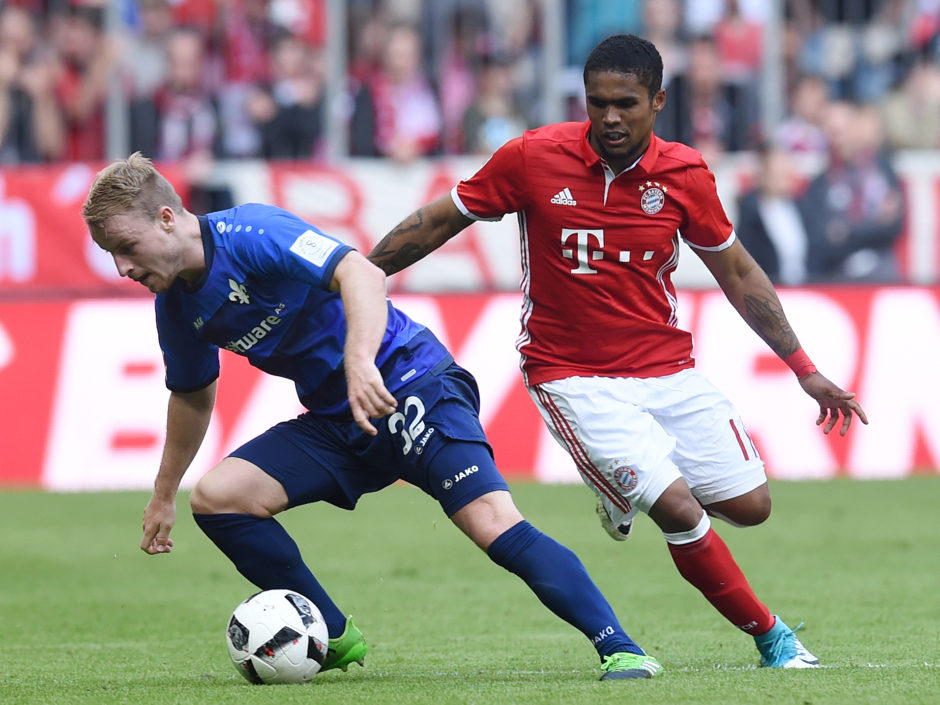 Juventus have met with Douglas Costa’s agent in Italy today as they prepare to make a bid for the Brazilian winger.

By all accounts, the Bianconeri have been following Costa since the winter break where he made clear his intentions to look elsewhere for regular football.

According to reports from a host of reliable sources, including Sky Sport Italia, La Stampa and Goal’s Romeo Agresti, Juventus met with Costa’s agent in Turin today where preliminary talks over a potential summer transfer were conducted.

Max Allegri is believed to be a huge admirer of Costa and the suggestion is that this is a player that he is pushing for, as opposed to past deals with Beppe Marotta and Fabio Paratici have taken the lead.

The stumbling block may be the asking price – Where Bayern Munich value the player at €50m, Juve are aiming to reduce the price to something more realistic. Costa’s salary could be close to €7m a season, putting him on par with Gonzalo Higuain as one of the clubs top earners.

Despite the opening talks, it’s reported Juve are also monitoring Fiorentina’s Federico Bernardeschi as a possible alternative, however Costa is definitely the favorite.