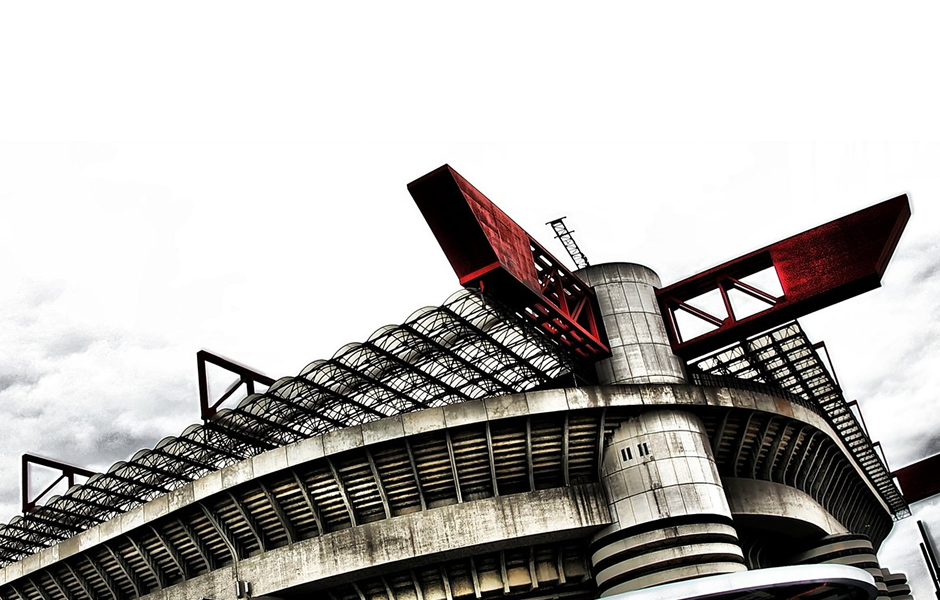 Are you ready for some football? Juventus vs Milan. 1st vs 10th. 66 points vs 35 points. But seriously, Milan always give Juve a tough fight, even if they have struggled the past few years. Plus, now with Clarence Seedorf running the show, Milan are supposedly “reborn.” The recent results lend this some credence, though not to the extent that some Milanisti have praised Seedorf. We will return to Milan in a minute, first comes Juve.

Juve are in pretty good form at the moment, having won their last four matches in all competitions. That said a few players will be missing for this match, most notably Arturo Vidal (suspended for one Serie A match) and Giorgio Chiellini (recovering from injury, although Gazzeta dello Sport has him on the bench for the match.) Mirko Vucinic and Simone Pepe are also out injured.

So that means in defense we have two-thirds of the normal three man back line. Andrea Barzagli (who also just returned from injury) and Leonardo Bonucci (fresh off his dominant performance vs Trabzonspor) will pair up with Martin Caceres or Angelo Ogbonna. Probably Caceres will start, as he was subbed off early against Trabzonspor, in what must have been an attempt to rest him.

Out on the flanks we have another player returning from injury (though a minor one that did not keep him out for long) with Kwadwo Asamoah predicted to start. It’s still possible to see Federico Peluso start at LWB, but seeing as Asamoah seems to have recovered quickly we can assume he will start in this important match. On the other side it’s obviously going to be Stephan Lichtsteiner.

With Vidal out the midfield will obviously be a configuration of Andrea Pirlo, Claudio Marchisio, and, Paul Pogba. Presumably Pogba will sort of fill Vidal’s role, while he is not yet as adept at marking opposing players as Vidal he can use his height (those long legs) and body to give opponents a hard time. Meanwhile Marchisio is an absolute workhorse and loves to score against Milan. Pirlo is Pirlo, we know what that means.

Up top we see the first choice partnership of Fernando Llorente and Carlos Tevez. I actually want to see Sebastian Giovinco come in as a sub (if the situation is appropriate) so he can build off of his play against Trabzonspor, especially since he has a decent history of play versus Milan. In reality, if any striker is to be brought on as a sub, it will probably be Dani Osvaldo. Which is more than ok with me.

First thing’s first, y’all should check out Enrico’s scouting report on Milan. Per usual, our Italian friend has the scoop on what’s up with Juve’s opposition. Milan have a ton of injured players, but the only really notable ones (at least for this match) are Mario Balotelli and the suspended Sulley Muntari (no Gol di Muntari this time.)

As Enrico pointed out, Balotelli will be missing his third straight game against Juve. However, Milan have found ways to compete with Juve regardless of Balotelli’s injuries or absences. The last game between the two, in October, was the most lopsided in recent years. The scoreline? 3-2. That said, it was 3-1 for a while until Muntari scored his second goal towards the end of the match. Philippe Mexes also got sent off, so that further hampered Milan.

Much has changed at Milan since then, between my dear friend Max Allegri getting replaced by Clarence Seedorf, and the arrivals of the likes of Adil Rami, Keisuke Honda, and, Adel Taarabt.

Rami is expected to start at centerback alongside Daniele Bonera. Remember, Bonera once shut down Messi. On the flanks are Mattia De Sciglio and Urby Emanuelson which basically means both sides will have their weaker wide player marking the opponent’s strongest wide player. However, the gulf between De Sciglio and Emanuelson is far greater than that between Lichtsteiner and Asamoah.

Now, Milan will pobably use a 4-2-3-1 so they can get three attacking mids on the field (which could cause problems for Pirlo, in terms of them marking him, and vice versa) so that means two midfielders who are more or less more focused on winning the ball back for the attacking mids, and thus also defending. It’s expected to be a combination of Nigel de Jong and Riccardo Montolivo, but Essien could also start in place of Montolivo. This would be a more of a defensive pairing, but seeing as how Milan are playing with three attacking mids it may be appropriate.

Kaka and Taarabt are pretty surely going to start at CAM, but the third man is up in the air. It could be Andrea Poli, or it could be one of Keisuke Honda, Valter Birsa, Robinho (who usually does well against Juventus, in my opinion), or Riccardo Saponara. Either way, I am sure whoever doesn’t start will probably see action as a substitute.

Finally up top in place of the injured Balotelli will be Giampaolo Pazzini. Pazzini hasn’t seen much time this year, but he has been playing more steadily with Seedorf. He played a full 90 minutes against Sampdoria, and did well though he did not score. Pazzini can certainly finish, the question is will the attacking midfielders of Milan give him opportunities to break through Juve’s backline? We will see tomorrow.

I think this will be a very good match. Seedorf will want to make a statement, plus it’s rivalry anyway. Milan and Juve almost always put on a good show, but I do think Juve are the better team and will find a way to win. However it will be a close game.