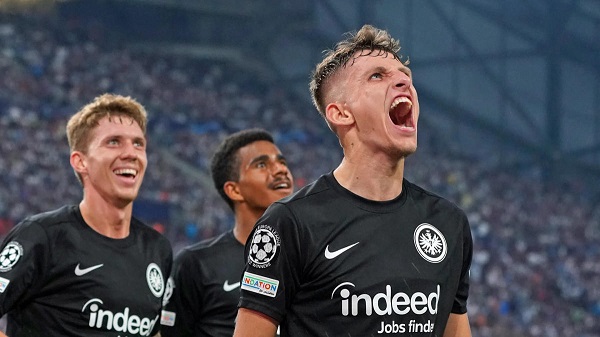 Juventus continues to monitor players on the transfer market in their bid to bolster their struggling squad.

The Bianconeri had a busy summer, and they added some fine players to the group.

The team is still struggling for form, and they want to fix that problem as quickly as possible.

While they trust some of their current players, they also believe they might need help from outside in the form of new signings.

One man currently on their radar is Jesper Lindstrom of Eintracht Frankfurt.

The Bianconeri already signed Filip Kostic from the German club in the last transfer window.

Lindstrom was also a part of the team that won the Europa League last season, and he continues to develop well.

Calciomercato reports Juve believe the 22-year-would be a smooth buy, but Arsenal is also on his trail.

Lindstrom looks to be developing well into a fine player, and he could be huge for us.

However, we should only sign him if there is space for him to play right away because he needs playing minutes at his age to develop well.

But a move to Arsenal might be more pleasing considering their work with young players.

Hopefully, Kostic can convince him that moving to Turin would benefit him.

Tottenham prepared to trigger the permanent signing of Juventus loanee