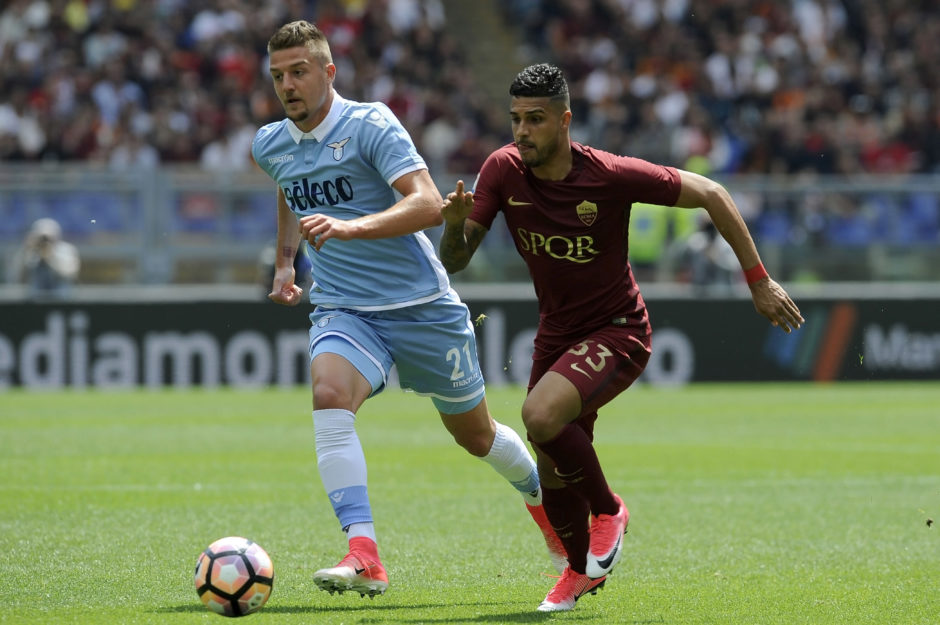 Juventus are considering a move for Roma full-back Emerson Palmieri, should Alex Sandro leave the club.

The Brazilian full-back has had a less than spectacular season so far for the Bianconeri, leading to rumours that he is unhappy at the club and eyeing a move to the Premier League where Chelsea and Manchester United are reportedly very interested in acquiring him.

As such, Juve have been monitoring a number of alternative options including Porto left-back Alex Telles and Roma’s Emerson Palmieri and have reportedly sent scouts to watch both players.

Gazetta Dello Sport report that Emerson is out of favour at the capital club and is requesting to leave Roma with Juventus the most likely destination. The arrival of Aleksandar Kolarov last summer has pushed the Brazilian further down the pecking order and reducing him to a bench player, given the Serbians great form for the Giallorossi this season.

The Bianconeri were supposedly closely following Emerson last season but interest waned when the left-back picked up an anterior cruciate ligament injury on the last day of the 2016/17 Serie A campaign.

Emre Can rejects Man City and Bayern for Juventus