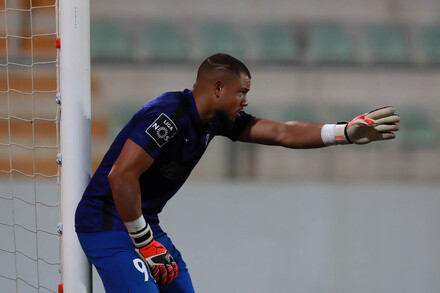 Juventus were very active in the January transfer window, but they haven’t taken their eyes off the market yet.

They could spend even more money in the summer and have continued to monitor some players around the continent.

One of the players on their radar is Portimonense goalkeeper, Samuel Portugal.

The 27-year-old has been in pleasant form in the Portuguese league and has been attracting the attention of the Bianconeri.

Tuttomercatoweb claims they have been monitoring him and they even watched him in a recent competitive fixture.

The report claims he has just extended his contract with his current employers, but he might still leave them because he has a release clause.

It is set at 40m euros, but Juve can negotiate that down if they are serious about adding him to Max Allegri’s squad.

The Bianconeri have been active in the transfer market recently and they might need to do so in the summer again.

One player whose future remains uncertain at the club is its current second choice, Mattia Perin.

He might not sign an extension to his current deal as he looks to play regularly, and that makes it important that we sign another goalie.

If Portugal continues to do well, he might make the move to Turin at the end of this season.

Torino star working hard to be fit to face Juventus