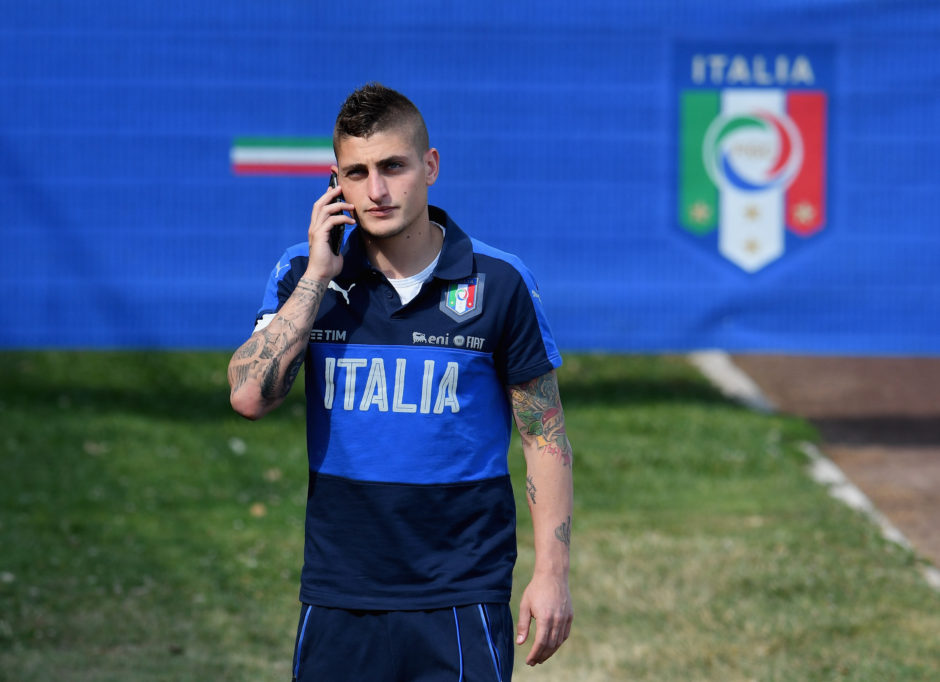 Juventus have confirmed they have no interest in Marco Verratti and gave up the chance to sign Corentin Tolisso because of a change of tactics.

“Evaluating the technical characteristics and the investment required, we are not interested in Marco Verratti. We certainly won’t spend €100m on him,” Marotta told the newsppaper.

“Gonzalo Higuain last summer was an extraordinary event. The ordinary approach to transfers is to bring in important elements, although the term ordinary no longer means what it used to. The current transfer market has some crazy evaluations…”

“Tolisso? We had him in hand, but after the change of system, he was no longer the player we needed.”

Marotta also confirmed that the club have full faith in Max Allegri, despite the disappointing end to the last campaign.

“Sadness for a negative result naturally leads one to reflect, but I never doubted the rapport would continue.

“In any case, Allegri never expressed his hesitation with us. It must’ve just been something he thought about that night.

“A Final does not sum up an entire season. The best team wins at the end of a domestic campaign, whereas many factors affect the Champions League result.

“Real Madrid have the biggest revenue of all and won three Finals in four years. The only time they didn’t get there and win the trophy was when we eliminated them in 2015.

“We can improve, but we’re already in the top level of European football. With two Finals played in four years, we are Real Madrid’s principle antagonists.

“Our plans are to construct an ever-more competitive squad, maintaining the balance between optimum financial and technical considerations.

“It’s true we increased our investment on the market, but the revenue has grown too. The Agnelli plan was to get the best out of our resources.”