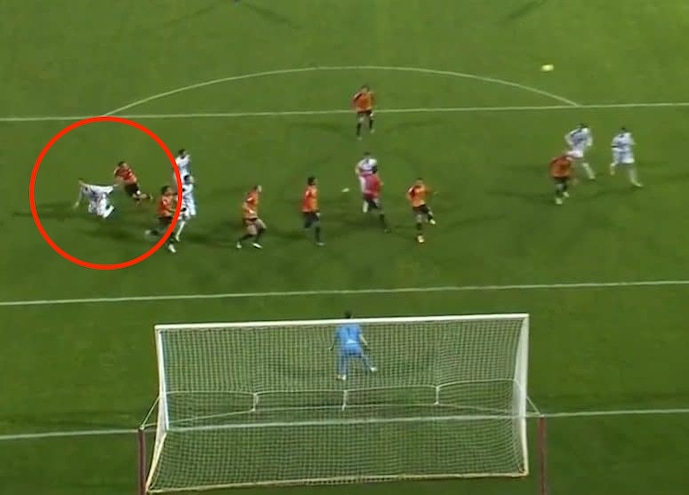 Juventus had to settle for a draw against Benevento this week, but we were on the wrong side of some terrible decisions.

Matthijs De Ligt was clearly pulled back in the penalty area in the opening half of the match, something that should have been clearly determined had VAR been used properly, as seen in the picture at the top of the page.

While the most painful decision came at the end of the game which will have had little effect on the result, the referee’s decision to give Alvaro Morata a red card for reasons unknown will mean that the Spaniard will now miss the next league matches, which is a huge blow.

Morata has been in fine form since joining from Atletico Madrid, scoring eight goals in his 11 appearances thus far, and his absence could be even more vital if Ronaldo continues to struggle with fitness.

We have been on the wrong end of questionable decisions throughout the season, with Federico Chiesa also receiving a straight red card for a slightly late challenge which had zero malice involved, and no VAR was used to analyse that decision either.

Juventus are struggling a little of late, and should no doubt be able to beat these teams without the luck of having referees be slightly biased against us, but it certainly doesn’t help when so much is going against us at present.

Do the officials have an agenda against Juve at present?

‘There is a problem’ at Juventus claims former manager