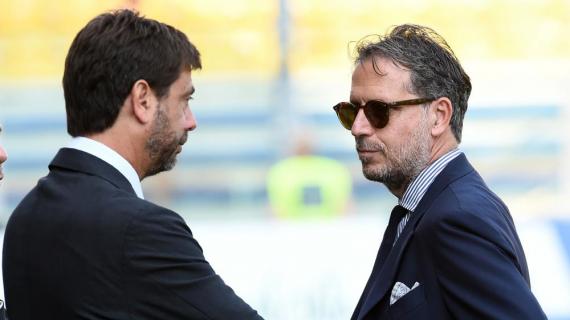 Fabio Paratici has been named as the main mastermind behind Juventus’ capital gains case, but Andrea Agnelli was fully informed about his decisions.

Juventus is accused of falsifying their accounts for several seasons and under-reporting some of their transactions.

The Bianconeri are now facing multiple charges and some of their officials have been identified as supporters or enablers of the illegal behaviour.

A report on Football Italia reveals prosecutors admit it was Paratici who was the brain behind Juventus’ capital gains case, however, they insists he acted with the support of Agnelli.

Both club officials worked hand in hand to make the decisions that have caused the organisation problems.

Paritici was under Agnelli in the Juve hierarchy and the buck stops with the president, which means the current Tottenham director would not have acted alone.

The more revelations we get about the club’s involvement in capital gains, the more the name of Agnelli is dragged deeper into the action.

He remains one of the best presidents we have had but, this scandal could define his time at the club, depending on the final outcome of the investigation and the punishment Juve receives.