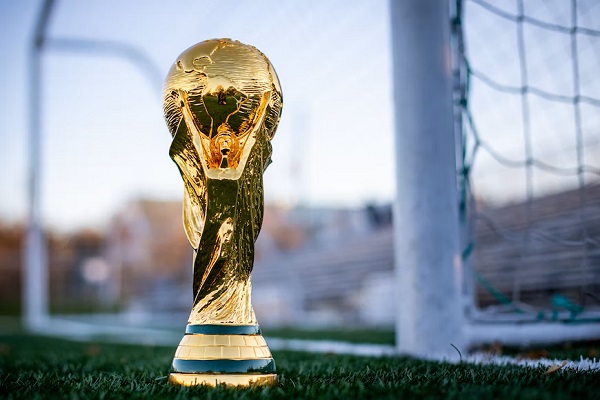 Due to the failure of Italy to qualify for the 2022 World Cup, there will be several important Juventus players watching the tournament from home. For the likes of defenders Mattio De Sciglio and Leonardo Bonucci, the opportunity may never come again. But for other members of the famous Bianconeri side, the sense of excitement and anticipation is beginning to reach fever pitch.

Indeed, there are some amongst the Juventus contingent who will certainly fancy their chances, representing some of the most powerful national team selections, readying themselves for the challenge of battling for the biggest honour in football. Let’s take a look at the players who could be participating for the three current World Cup favourites, ahead of the 2022 tournament in Qatar.

According to the vast majority of leading bookmakers, Brazil are the outright favourites, even as the World Cup betting 2022 markets begin to tighten. This is based upon odds available at online betting sites reviewed by SBO, industry experts who have produced the ultimate guide covering all angles of the tournament, including where to find the most competitive odds and best promotions. As always, comparing bookies is worth the time and effort.

Having earned 46 caps for the national team since 2011, right-back Danilo seems assured of his place in the Brazil squad. He formed part of the most recent selection in September, first as an unused substitute for the 3-0 win against Ghana, before playing the fill 90 minutes of an emphatic 5-1 triumph against Tunisia. Alex Sandro was not present for those games, although he fully expects to be named in the final 2022 World Cup squad list.

Less assured of his prospects is central defender Bremer, who debuted for Brazil as a second-half substitute against Ghana. He remained on the bench for the second match against Tunisia, when the habitual pairing of Marquinhos and Thago Silva was restored. Nevertheless, the 25-year-old Juventus player will be keeping his fingers crossed.

Following their arrival as two key signings from Paris Saint-Germain in the summer, defender Leandro Paredes and midfielder Angel Di Maria have yet to impress for Juventus, considering their disappointing WhoScored match performance ratings thus far. But while the Argentine duo still have work to do for their club, they will undoubtedly be crucial players for their country at the World Cup, as they aim to meet expectations as top contenders.

This will undoubtedly be the last World Cup appearance for Di Maria, who is expected to announce his international retirement following the tournament in Qatar, just like his illustrious countryman and former PSG colleague Lionel Messi. Both realised a lifelong ambition when they became Copa America champions in 2021, when Di Maria scored the winner against Brazil in the final.

Just as important in that success, and equally so towards any ambitions of triumphing at the 2022 World Cup, the form of Leandro Paredes will need to improve if those hopes are to be realised. His role in the heart of midfield will be pivotal, especially being surrounded by such creative attacking places, tasked with holding everything together in the centre of the park.

Following all the hype surrounding his return to Juventus, unfortunately, ‘Lady Luck’ was not with the ‘Old Lady’ insofar as Paul Pogba is concerned. Literally days after leaving Manchester United on a free transfer, the 29-year-old suffered a serious meniscus injury in pre-season, raising serious doubts about his participation at the World Cup with France.

However, seemingly recovered from that knee injury, Pogba returns to training with Juventus full of hope. This is important news for the club, who are cautiously optimistic he could see action before the end of October, albeit without wishing to force anything at the risk of any potential relapse. Likewise, it seems that French boss Didier Deschamps is willing to hold the door open for Pogba, before announcing his final squad list for the World Cup.

One player who does expect to be appearing in Qatar is Adrien Rabiot, who was actually one of their better players, during a dismal run of performances by the team in the UEFA Nations League campaign. Rabiot was the star player when France were held 1-1 by Croatia in June, scoring the opening goal of the game. The 27-year-old has performed well for Juventus this season, which is important as France hope aim to defend their World Cup title.

Cuadrado is close to his 300th Juventus appearance but will he get a new deal?

Can Pogba and Chiesa returning save Allegri from the sack?

Juventus reported to be weighing up a move for Spezia youngster