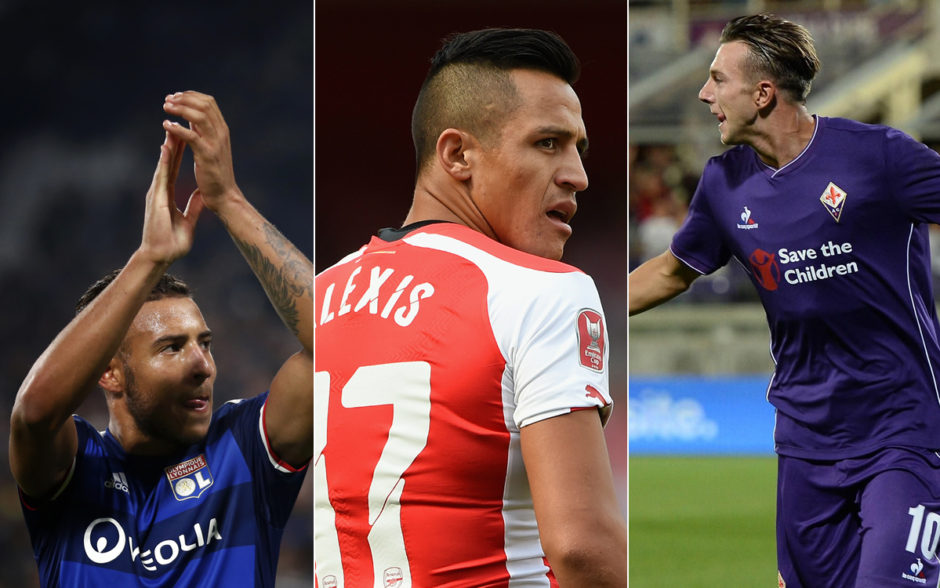 The current season is far from over but Juventus are a club that always has at least one eye on the future. It is, therefore, never too early to look at what the next summer could bring on the transfer market.

The Bianconeri are still in the hunt for a massive treble: Serie A, Coppa Italia and Champions League. The league is pretty much in the books after closest rivals Roma lost at home to Napoli on Saturday. However, nothing is given in football, there are 11 games to be played and the lead is 8 points at present. Still, it would take a massive meltdown from Juve to let their record sixth consecutive Scudetto slip out of their hands.

In the Coppa, nothing is certain. However, boosting a 3-1 advantage over Napoli gives the Old Lady a clear shot at a third consecutive Coppa final and trophy. Last but not least, the elusive trophy with the big ears. Its unlikely Porto will be able to crawl back from a 2-0 deficit in Turin, but there are three stages still left to survive. Albeit, the signs are there that Juve are ready to get the job done for the first time since 1996.

Massimiliano Allegri’s current squad is as good as it gets. World class talent all over the place, a deep bench, and a winning group mentality. However, there’s always room for improvement, which is why Juve are constantly looking for opportunities to lure in new players. They’ve already secured long-term futures with players like Mattia Caldara, Riccardo Orsolini and Rolando Mandragora, but what about next season?

Let’s look at a couple of scenario’s that could happen, given a certain set of circumstances, with the focus of Juve being on buying a midfield star and world class winger.

This would the Holy Grail for the Old Lady. Juve are still heartbroken about Verratti’s choice for PSG back in 2012, when they looked to be the favourites to land the Pescara midfielder for a very long time up until his transfer to the French champions. Since, the 24-year-old has wreaked havoc in the Ligue 1, showcasing his talents as a superb midfield do-it-all player. His recent trashing of Barcelona in the Champions League only reaffirmed this, as Verratti took it out on the likes of Sergio Busquets and Andres Iniesta. He’s got almost everything Juventus are currently lacking in midfield. However, he comes at a huge cost, with a figure between €80 and €85 million being thrown around.

Alexis is another guy that has been linked with the Bianconeri for years. Juventus wanted him in 2011, when he left Udinese for Barcelona, and in 2014 when he joined Arsenal. Since, the 28-year-old has evolved into one of the most exciting players on the planet. However, he’s won just a single FA Cup with the Gunners and there are many reasons to believe he wants out. Juve bid for Sanchez last summer and have reportedly done it again this week. Alexis won’t come cheap and a lot will come down to the will of the Chilean. Does he want to earn less to win more? On top, the competition will be fierce for this ultimate playmaker.

Despite Juve’s growing financial power and winning resume, luring in both Verratti and Alexis will be tough. Both players are wanted by a number of other big clubs too. On top, the relationship with PSG has always been difficult and only a massive bid will get them to sell Verratti. And again, Sanchez won’t come cheap either and it depends on the player’s will if he wants to: 1. Leave Arsenal, 2. Play for Juve, and 3. Earn less than he is now.

Still, there’s a decent chance of Juve landing the Arsenal star. He knows Serie A from his days with Udinese and he’s desperate for trophies. There aren’t many teams out there who are capable of giving Sanchez that certainty; Juve can. If that proves to be insufficient, the Old Lady will have a young Italian gun with nothing but praise for them waiting in Florence: Federico Bernardeschi. Fiorentina don’t have a lot of intention of selling the 23-year-old, especially since he’s really blossomed this season in a more central role. But that’s what makes him so valuable for Juve: his versatility. Bernardeschi can play in any offensive role. And he loves to talk about the Bianconeri…

When the hunt for Verratti turns out to be useless, Juventus have already lined up an alternative: Corentin Tolisso. The young Frenchman from Lyon looks a great option in midfield, combining power with technical ability and a warrior mentality. Juventus have reportedly already secured Tolisso‘s services, which would almost certainly exclude a deal for Verratti. Tolisso isn’t a cheap option as a €40 million price tag has been mentioned, but he’s only 22 years old and ready for the big step after showing promising signs in Ligue 1 and the Champions League.

A move for Tolisso has been months in the making but the transfer of Domenico Berardi from Sassuolo to Juventus hasn’t materialised yet, despite numerous rumours and attempts from the Bianconeri. While the young Frenchman could be the perfect alternative to Verratti, Berardi has been unwilling to move away from the Neroverdi despite some stellar Serie A outings over the past couple of seasons.

Juve’s interest in the 23-year-old seemed to have cooled since he turned them down last summer, with Inter ready to sneak in and scoop up the forward. However, Berardi was recently quoted saying: “Juventus and Inter? I’ve been closer to Juventus. Who do I see myself in? In Del Piero, because he always impressed me with the way he played.” Talking about a little Juve love from Berardi. Anyway, everyone has seen what this talented footballer is capable of. He’s pretty devastating as a playmaker from the wing, but he’s also able to play as a striker and a secondary striker. Again, that’s why he could be so valuable to Juve’s squad.

And in contrast to Bernardeschi’s case, the relationship with Sassuolo is excellent. However, in the end it will come down to what the player wants, making it difficult to predict what will happen. Juventus could end up with Tolisso, while keeping hold of Mandzukic and playing Marko Pjaca more often. Those two combined with Gonzalo Higuain, Paulo Dybala and Juan Cuadrado have formed a deadly offence this season, especially in the 4-2-3-1. There’s no need for Juventus to panic and over spend on players that aren’t a real necessity.