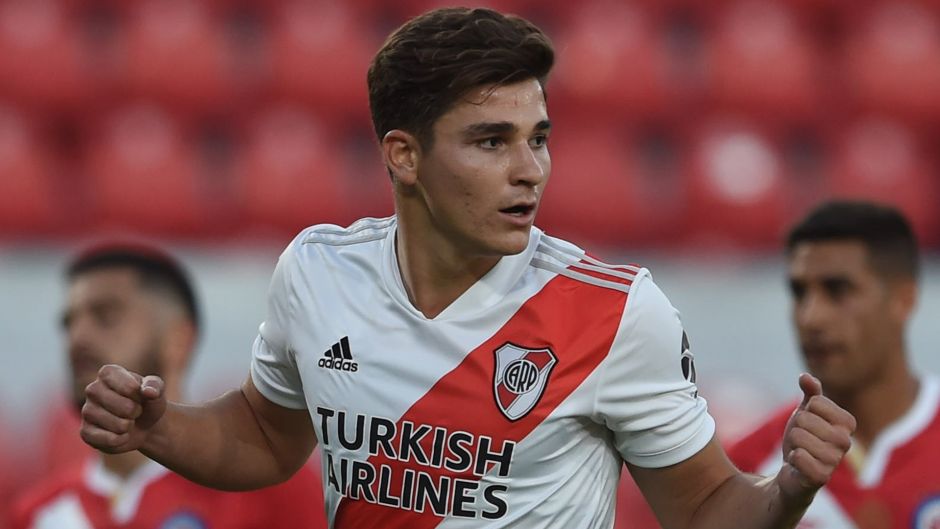 Juventus is pushing hard to add Julian Alvarez to their squad in the January transfer window.

The Argentinian will become one of the next top South American players to move to Europe.

River Plate is getting enquiries from several clubs for his signature, and a move to Europe is near.

Juventus knows there is a lot of competition for his signature and the Bianconeri wants to win the race.

Todofichajes says they have stepped up their pursuit of his signature in recent days and want to sign him by winter.

Juve will pay €15M to sign him and they will allow him to spend the first six months of next year with River Plate before joining them in the summer.

Juve needs top attacking players and Alvarez has been making exploits in Argentina.

But he would hardly get as many chances when he first arrives at Juve next summer.

Kaio Jorge is still struggling to establish himself in Turin, and both attackers might join the army of players Juve has sent out on loan recently.

It doesn’t matter if he has to leave Juve on loan or not, the most important thing is that he would be on the books of the Bianconeri.

“We would be stupid not to address the issue,” Juventus’ target can leave in January