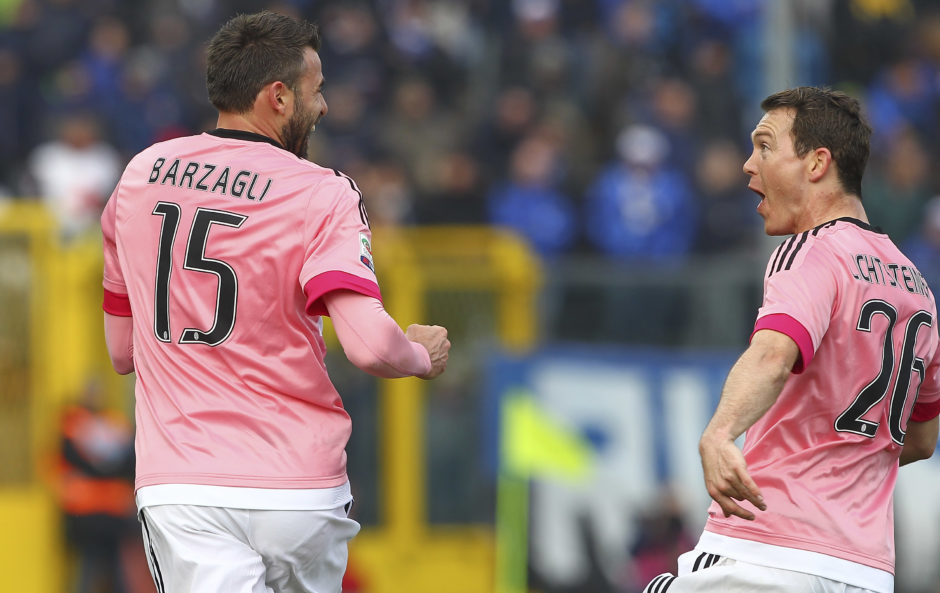 Andrea Barzagli, Giorgio Chiellini and Alex Sandro are expected to sign a contract extensions at Juventus while Stephan Lichtsteiner could leave the club as a free agent.

Reports in Italy suggest the Bianconeri are in the process of finalising a number of contract extensions which will determine the future of certain Juventus players.

According to La Stampa, Barzagli will put pen to paper on a one-year extension to his existing deal, keeping him at the club until 2019, while Stephan Lichtsteiner, who came so close to leaving the club, is expected to leave as a free agent in June, with both Marseille and Valencia interested in signing him.

Calciomercato.com report that Giorgio Chiellini is also on the list of players to be offered a new contract, although his deal will likely tie him to Juventus for a further two years until 2020.

Alex Sandro has been the subject of much transfer speculation in recent weeks with UK press linking him with a move to Chelsea in June 2018, but it’s now reported that he will be offered a new contract and salary in the hopes of keeping him in Turin.

Kwadwo Asamoah was the subject of sustained interested from Turkish side Galatasaray, however he has since distanced himself from a move, insisting that he is only focused on Juventus at present:

“I never thought of leaving Juve. Our strength is the quality of the team, we want to win, this is our goal …… I’m fine, I’m happy. I work with determination and always want to show my commitment, I’m available to the team at all times” [Sky]

It’s suggested that the Ghanaian midfielder will also be offered an extension to his new deal, following a series of good performances at left-back.

Finally, Marko Pjaca is due back in the squad in the coming weeks and despite previous reports suggesting he may leave the club on loan to return to match fitness and get more playing time, Gazetta Dello Sport report that he will remain at Juventus and be added to the Champions League squad list in January.

Emre Can set for Juventus move