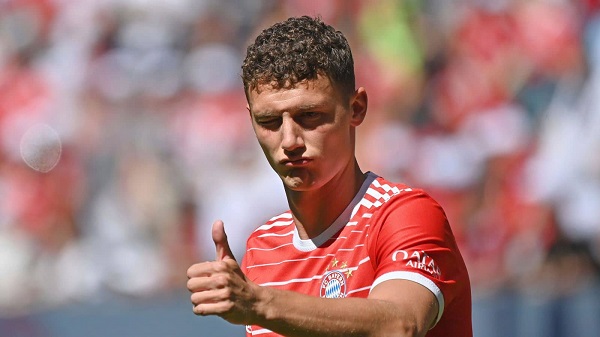 Juventus has reignited their interest in Bayern Munich defender Benjamin Pavard and they could get their man in the summer.

The Frenchman has been one of their targets for a long time and he could finally change clubs soon.

He has not been playing enough minutes at the Allianz Arena, which has been frustrating for him.

In the last transfer window, reports linked him with a move away from Bayern, but the Germans convinced him to stay.

His lack of action and an unwillingness to sign a contract extension means he is likely to leave the club at the end of this season.

Il Bianconero reveals Juve has now reignited their interest in his signature and they would be at the races.

The Bianconeri have had a bad season and one position they need to strengthen is their right-back spot.

Pavard is one of the accomplished players in that position and he has been developing well since he caught the attention of the football world at the Russia 2018 World Cup.

We need to strengthen the right-back spot on our team and Pavard looks perfect for that role.

He has been a key player for the hugely successful Bayern side over the years, and he could bring that winning mentality to our team.

Ramsey insists money was not a factor in joining Juventus