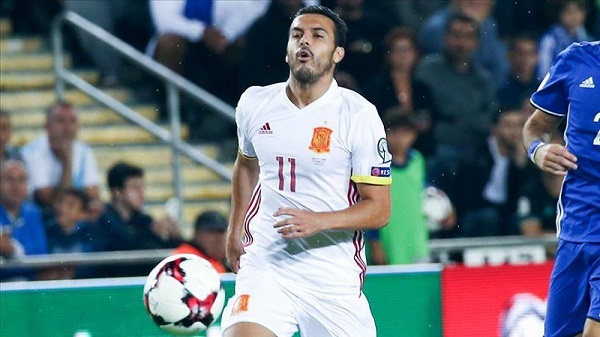 Juventus rejected free agent this summer before his Roma move

Juventus have mastered the art of signing top free agents in quite a few summer transfer windows.

The Bianconeri have been in for the best of the best free agents when the season ends, and they are still being linked with a move for the likes of David Alaba, ahead of next season.

The last transfer window was a surprising one as they didn’t bring in any new free agents, but it has now been revealed that they had the chance to sign one, but they turned it down.

After having a change of manager, it seems that the club also had a change of plans in terms of player recruitment.

Calciomercato claims that Pedro Rodriguez was offered to Juve after he left Chelsea on a free transfer.

The deal was the same offered to AS Roma, but Juve turned him down because the Bianconeri were looking to revitalise their team.

Juve already has an ageing team and adding Pedro, who is already 33, makes no sense as he is already on his way out of football.

The Italian champions, instead, decided to make moves for younger players like Weston McKennie and Dejan Kulusevski.

They haven’t had the best of seasons so far, but fans can see that the club is heading in the right direction at the moment.

Juventus expected to change their approach with their two young defenders