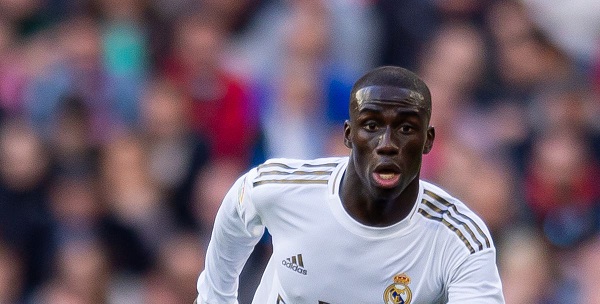 Juventus remains keen on signing Ferland Mendy as they look for good competition for Alex Sandro.

The Bianconeri have started this campaign poorly and their left-back spot is one position they need to strengthen.

Todofichajes says they have their eyes on Mendy, who has fallen down the pecking order at Real Madrid.

The Frenchman was one of Madrid’s starters in the last campaign, however, he has since fallen out of favour under Carlo Ancelotti.

This has partly been because of his many injury problems and the report claims the Italian gaffer is also pleased with the performance of the youngster, Miguel Gutiérrez.

Madrid also has David Alaba, who can play as a left-back and means they can afford to sell Mendy.

Juventus is now his most serious suitor with the report claiming that the Bianconeri could even move for him in the January transfer window.

The next transfer window offers Juve the chance to sign one or two players and Mendy could join.

The report claims he has between now and the end of this year to find some form and get back in the Madrid team or he will be sold.

Luca Pellegrini is Juve’s alternative to Sandro, but Mendy would be an upgrade.

Chiesa’s mother opens up on his childhood and injury nightmare