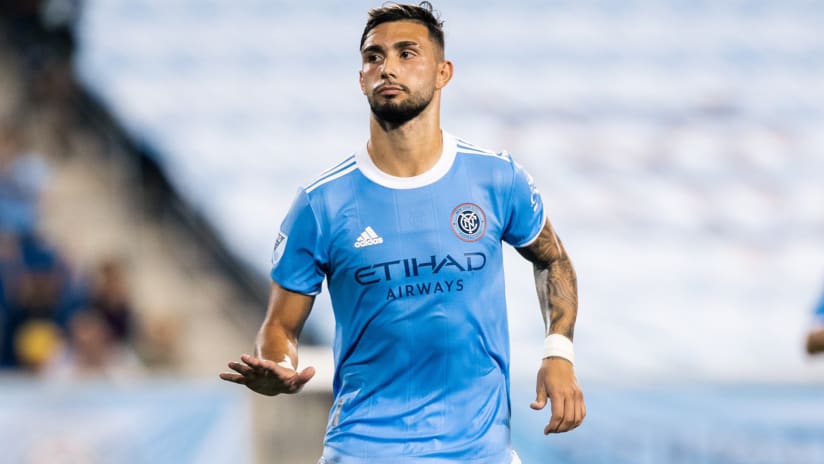 While we’re still in the middle of the January chaos, new names continue to emerge in the Juventus transfer market melee.

As we all know by now, the Bianconeri are searching the market for a new striker who can improve the attacking department – and perhaps grant Alvaro Morata his leave so he can join Barcelona.

Several names are being mentioned these days, but a new one has been added to the fold.

According to ilBianconero, Juventus are interested in the services of Valentin Castellanos, a 23-year-old striker who features for New York City FC.

Despite being an Argentine, the center forward never played professional football in his native country.

He spent his early career years between Chile and Uruguay, before making the move to the Big Apple in January 2019.

In 2021, Castellanos scored 22 league goals for his club and was crowned as the top goal-scorer in MLS.

The young Argentine is not the first and won’t be the last striker to be linked with Juventus in January.

While his MLS pedigree in undoubtedly impressive, it would probably take him some time to get used to European football before he can deliver the goods.

However, the Bianconeri do not possess the luxury of time at this point of the season, as they need to find themselves a proven bomber with European experience under his belt.