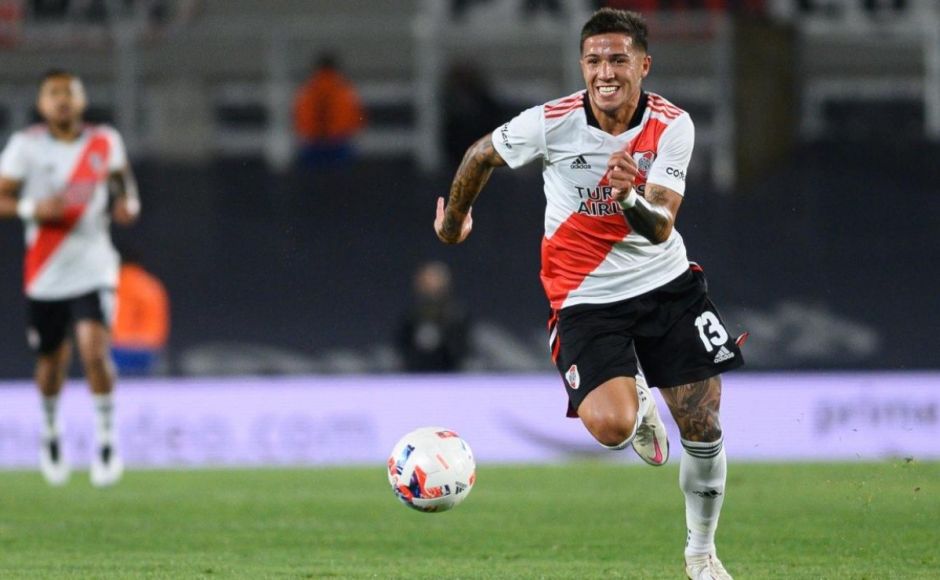 With the summer transfer market only a few months away, more and more names are emerging on Juve’s radar.

The Bianconeri are desperate to add some quality and depth to the middle of the park, and their search for a new midfielder has reportedly taken them to South America.

According to TNT Sports via JuventusNews24, the Italians are monitoring young River Plate star Enzo Fernandez.

Nonetheless, the report explains that the Old Lady isn’t alone in the race for the 21-year-old, as Manchester United, Manchester City and Real Madrid are all keeping tabs on the situation,

The source adds that his club has put a price tag worth 20 million euros at the very least for the midfielder’s services.

Despite playing in the middle of the park, Fernandez has an eye for goal. This season, he has thus far contributed in four goals and three assists in his 10 league appearances.

The Argentine is a youth product of River Plater, and has a contract that ties him to the Buenos Aires giants until 2025.

While the youngster appears to be an interesting talent, the presence of other top clubs in the race will surely complicate matters for Juventus.

However, we can always expect the most talented of players to have a long queue of admirers. Therefore, the Bianconeri will eventually have to hustle in order to land the best prizes on the market.