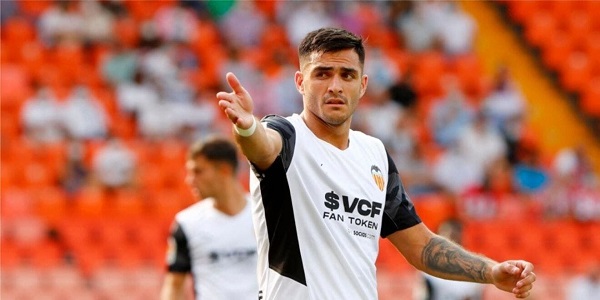 Juventus returns to La Liga to sign another striker

Fernando Llorente and Alvaro Morata are two strikers who have moved to Juventus from Spain’s La Liga.

Both have enjoyed different degrees of success at the Allianz Stadium and the latter is back for another spell at the club.

Morata hasn’t been in his best form for the club and could even leave at the end of this season.

But that wouldn’t stop Juve from shopping for goal-scorers in Spain once again and a new name has already appeared on their radar.

According to Il Bianconero, the Bianconeri has an interest in Valencia forward, Maxi Gomez.

The Uruguayan doesn’t score many goals per season and has only 2 strikes from 15 league matches this season.

But the report says he has a physical presence that Juventus is missing upfront.

If he makes the move, this attribute will help him keep opposing defenders busy and create chances for the likes of Morata and Paulo Dybala to exploit and score goals.

Juve’s attack truly needs a striker who is much more physical than our current options.

Moise Kean has the potential to become a very physical attacker, but the Azzurri star is still very young and needs time to reach that level.

If Gomez fits the system of Max Allegri, then we need to act fast to bring him to Turin.