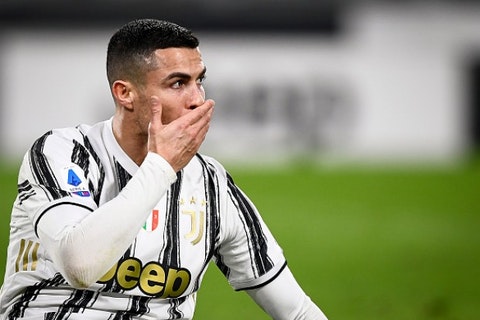 Cristiano Ronaldo has stolen all the headlines with a brace and an assist as Juventus run away as clear winners, but his goals meant much more than just victory over Udinese.

The Portuguese superstar was the man to open the scoring thanks to Aaron Ramsey’s dispossession which put him on coarse for the goal, and he made no mistake on firing hard and fast leaving the keeper with no chance of denying him. That goal levelled the Brazilian legend’s goal tally of 757 goals.

While all the talk will be on the record, Udinese were so close to opening the scoring beforehand however, after Rodrigo de Paul placed his effort in the goal only for VAR to rule out the goal for an earlier infringement.

Shortly into the second-half Cristiano Ronaldo was again involved in a goal. The Portuguese’s fine ball in behind the defence allowed Federico Chiesa free in on goal, and he calmly slots past the goalkeeper’s left.

Cristiano Ronaldo’s historic goal to surpass Pele was rather similar to that of Chiesa, although it was Bentancur who slotted the ball through, and Ronaldo did his own running to get inside the box into the space, but his effort was also slotted past the keeper’s left.

Udinese earned themselves a late equaliser just before the 90 minutes was up after some more fine work down the right-flank, with Zeegelaar mopping up the loose ball after the cross was parried towards the penalty spot.

But even with the victory assured and the minutes on the clock ticking down, Juve refused to stop. Paulo Dybala ran through the middle of the two defenders onto a sweet ball to find himself one-on-one with the keeper, and he finished in splendid fashion.