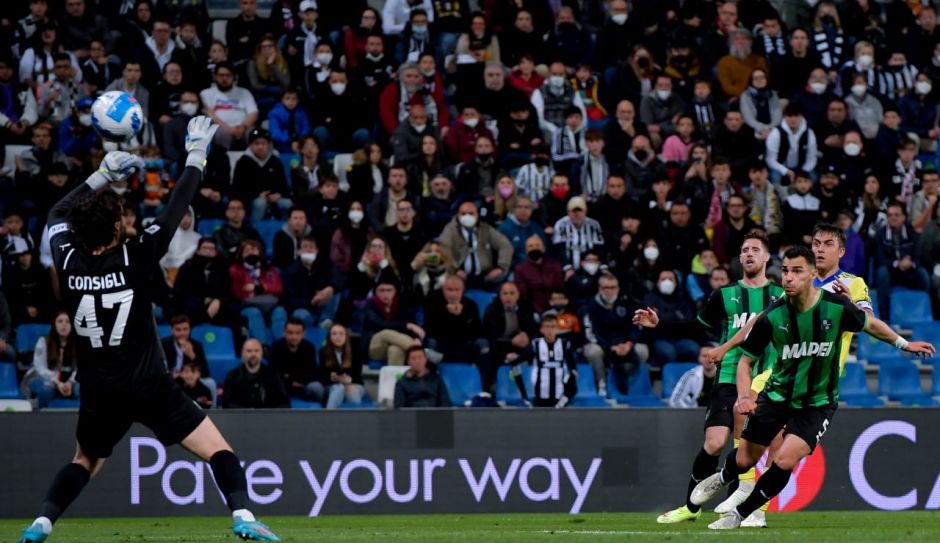 Juventus snatch the three points with late winner in Sassuolo

Juventus have claimed the win thanks to a late goal in each half of the match, leaving Sassuolo frustrated after a strong performance.

The Old Lady had their fair share of the match despite yet another slow start to a Serie A clash this term, but as we’ve seen on a number of times this season, this team has a knack of turning up in the key moments.

The Neroverdi had much of the opening 45 minutes and took a deserved lead when Giacomo Raspadori beat Wojciech Szczesny at his near-post in the 38th minute, but that wasn’t enough to see them through to the break with that lead.

Paulo Dybala had had his fair chances in the opening half, but there was no denying him this time around as he smashed his effort into the roof of the net giving his opponent Andrea Consigli chance of the save.

Morata forced the goalkeeper into a strong save with his headed effort early after the break, but the better chances seemed to have fallen to the home side, that was until Moise Kean received the ball on the edge of the box before turning to burst into the box and place his effort between the goalkeepers legs and into the net.

The three points may have been a little more than we deserved in fairness, but our finishing proved to be enough to get us over the line in what proved to be a tough encounter.

This win gives us an eight-point advantage over the chasing pack that may be hoping to snatch a top-four spot from us, whilst keeping us within the same distance of AC Milan at the head of the table.

Does today’s win now mean that we have little to nothing to play for? Will our side be eager to finish as high as possible or will the Champions League qualification be all that mattered at this point?

Video: Dybala fires Juventus level with Sassuolo before the break