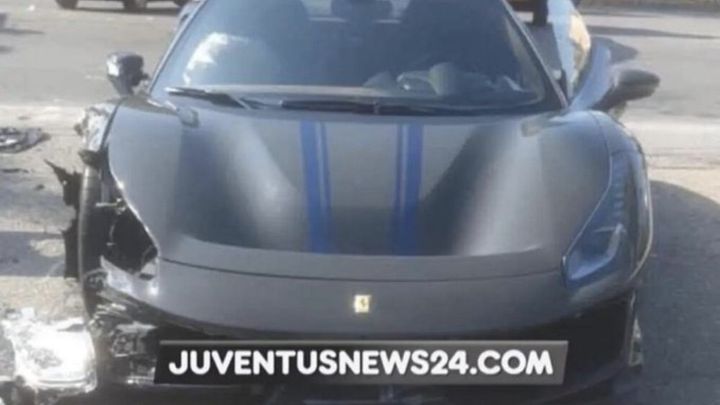 Juventus midfielder Arthur Melo has been spotted after crashing his grey Ferrari yesterday.

The Brazilian is currently sidelined with injury, having had to undergo surgery on his knee in July, with his return date yet to be announced.

Despite his team playing against Spezia yesterday evening, winning 3-2 away from home, the midfielder was absent from the stadium, although it is unclear whether he was expected to be present before crashing his car as pictured courtesy of JuventusNews24(via AS).

This isn’t the first incident including Arthur and his car collection however, as he is reported to have crashed his car whilst mildly over the limit in Spain, having been breathalysed after a crash by Catalan police back in August 2020 around 4AM one morning.

The player is claimed to have escaped his latest collision without injury however, and isn’t expected to miss further football due to the incident, although I’m hearing very little on when he is expected to return at present.

Should Arthur be attending matches with the rest of the team whilst injured assuming he doesn’t have prior engagements in regards to recovering?

Allegri relieved to finally win but says Juve must improve