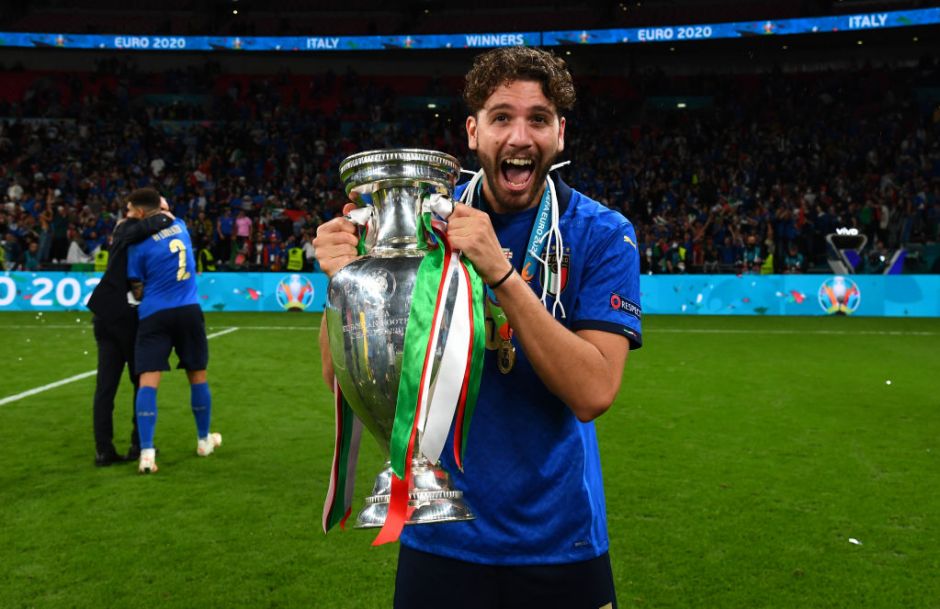 Win, lose or draw, Juventus fans always expect their club to be vividly represented in the Italian national team.

So despite the Azzurri’s encouraging display against Germany last Saturday, the fact that not a single Bianconeri player started the match left a bitter taste in the mouth of the club’s supporter.

But according to Football Italia, Manuel Locatelli will take the field from the get-go when Italy hosts Hungary at the Orogei Stadium in Cesena.

The visitors surprisingly top the UEFA Nations League group after beating England in the opening round, while the Azzurri shared the spoils with the Germans.

Nonetheless, Roberto Mancini has a large squad at his disposal (despite the growing number of absentees) and he remains adamant on experimenting by ringing massive changes for every encounter.

Therefore, Locatelli should get the nod this time around, joining Nicolò Barella and Bryan Cristante in the middle of the park.

The trio will support an attack that will be spearheaded by Gianluca Scamacca who will be joined by his Sassuolo teammate Giacomo Raspadori and teenage sensation Wilfried Gnonto who will be making his first full debut following his stunning cameo last Saturday.

How Juventus wishes to improve their squad while remaining sustainable

Report: Juventus target has already underwent the first part of his medical