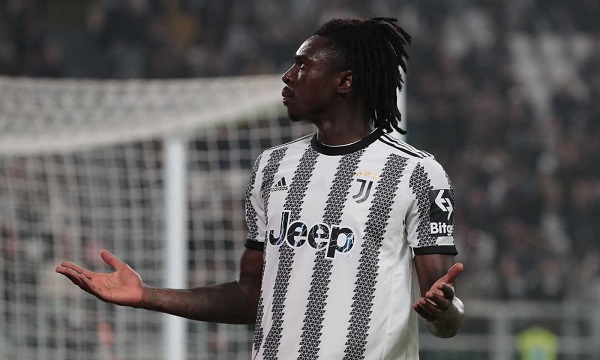 Moise Kean has recently become an important member of the Juventus first team. The striker is on loan at the club from Everton whom Juve sold him to in 2019.

He struggled in England and wants to remain with the Bianconeri for now, which means they must trigger the buy option in his deal.

His first season back was poor and Juve considered sending him back to England early.

However, the striker was determined to stay and a new report reveals he rejected an offer from another EPL side.

Tuttojuve says free-spending Nottingham Forest wanted to make him one of their many signings, but the striker refused the offer to stay and fight for his place at the Allianz Stadium.

That decision has proven inspirational now, considering how good life has been for Kean recently.

The striker is now back to scoring goals consistently and he is the reason we have not missed the injured Dusan Vlahovic.

If he continues in this run of form, it will be easy for us to make his move permanent and he will become a key player for the Italian national team again.

For now, he needs to stay focused and work harder on keeping himself fit and available to play.