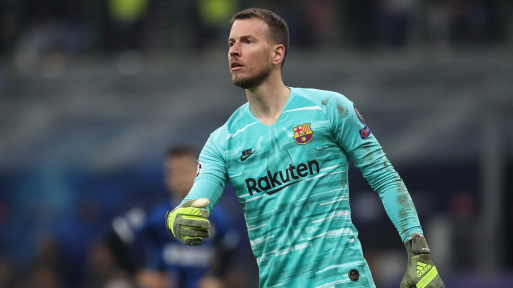 Neto has decided that he is leaving Barcelona at the end of this season, Juventus has now been alerted to the latest development.

Calciomercato says the Bianconeri has considered a move for the Brazilian before now and could return for him.

Neto has been the second choice at Barca since he joined them from Valencia with hopes of usurping Marc-Andre ter Stegen in goal.

With the German still one of the best goalkeepers in Europe, Neto would probably spend the rest of his Nou Camp career without much football.

He has now decided to leave the Blaguranas in the summer, and they have set their asking price.

The report says Barcelona will look to make around 15m euros from his transfer after they blocked a January move away for him.

Wojciech Szczesny has been a reliable goalkeeper for Juventus, and the ageless Gianluigi Buffon remains at the club.

It isn’t clear how much longer Buffon will keep playing the game, Neto could be brought in as his long-term replacement in the summer.

The goalkeeper will also worry about the playing time he may get in Turin, as he wouldn’t want to leave Barca and enter a similar situation at the Allianz Stadium.

Solskjaer positive Pogba remarks might be a problem for Juventus