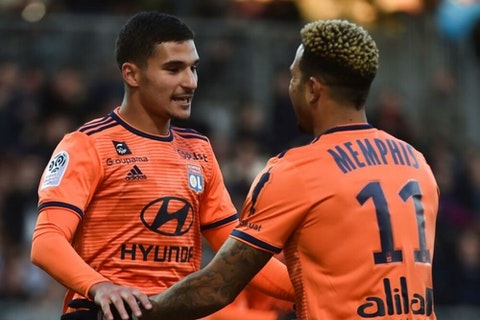 Lyon forward Memphis Depay has insisted on his intentions to join a top club in the near future alongside team-mate Houssem Aouar, and they will both ‘become 10-times better’, with Juventus amongst those linked.

The Dutch international has been linked with both Barcelona and Juventus in recent windows, and appears to be set on leaving his current club in 2021.

Depay’s current contract expires in the coming summer, which means that his club has little power to stop their star from leaving, and his comments only back up the idea that he is leaving.

Juve are believed to be on the lookout for another option up front this month, and have so far failed to strike a deal to bring one in, and Paulo Dybala’s recent injury will not have helped the situation.

Whether a deal can be struck for Depay remains to be seen however, but he appears set on joining a top club along with his team-mate Aouar, and agreeing terms with both would be a great coup.

Depay said that he and his friend will be joining ‘one of the top three clubs in the world’, and vows for he and Aouar to improve tenfold.

Memphis said (via TuttoSport)”Houssem and I know we play for a great club but we want to go to one of the top three clubs in the world. You will then see Aouar who will be 10 times better and the same goes for me”.