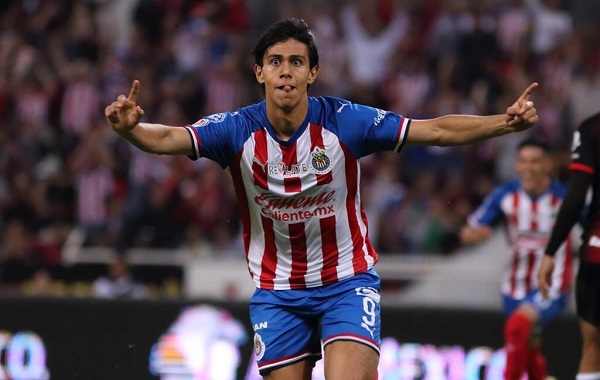 Juventus targeting a move for youngster branded the new Aguero

Juventus, it seems, has now made it a point of duty to be targeting younger players around the world.

They signed the likes of Dejan Kulusevski and Federico Chiesa in the last summer transfer window.

Most recently, they were linked with a move for the American teenager, Bryan Reynolds (CalcioMercato) and it appears that they have found another player from the American continent.

Tuttosport via Calciomercato reports that the Bianconeri are targeting a move for Juan Macias of Chivas Guadalajara in Mexico.

The attacker has been so impressive that he has been labelled the “new Aguero” after the prolific Manchester City striker, claims the same report.

At 21, he is already one of the club’s main players and in the current campaign, he has scored 6 goals in 17 matches for them.

Because he would be a non-EU signing, he wouldn’t see space in the current Juventus team since they have already filled their non-European spots.

The report says that they will continue to monitor him for now and they are also not the only Italian team looking to sign him because Napoli also wants to land him.

Continuing their search for new talent, the report adds that Juventus is also monitoring Marko Brkljaca of Hajduk Spalato in Croatia.