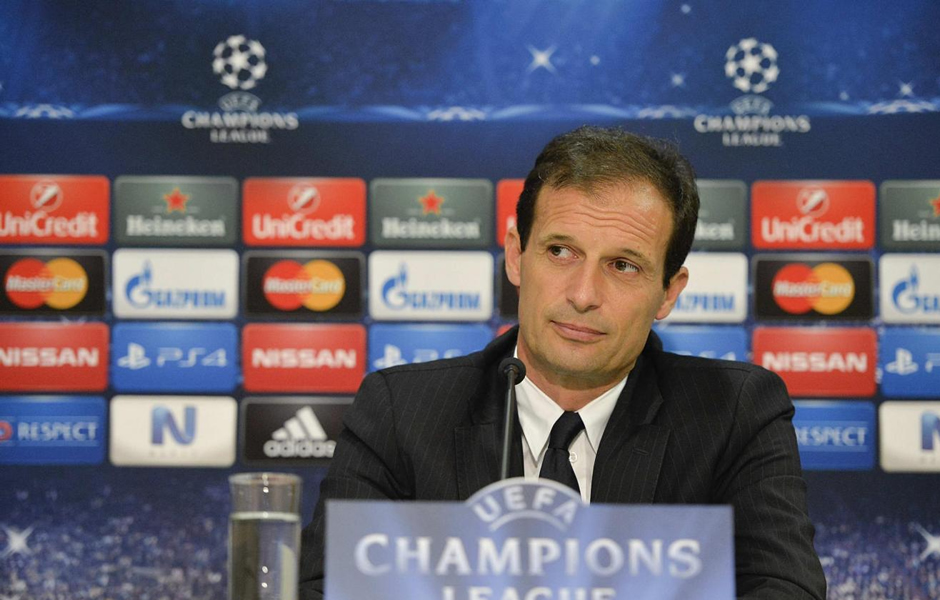 Juventus: The Enigma of Europe

Another European night, yet another inept Juventus performance. It’s becoming quite familiar, just one win in six attempts away from home, stretching back nearly two years. This simply isn’t good enough for a club with aspirations of going deep into the competition.

Yet after watching the opening 20 minutes against the Greek champions last night there was a sense that things wouldn’t change. It looked like the same old Juve had turned up to play in Athens; slow, ponderous and futile in possession, lacking in ideas and crucially – missing chances.

Those of us who are long term supporters of La Vecchia Signora have been here before, Juventus are arguably the biggest enigma in the history of UEFA’s most elite competition. Domestic juggernauts that are light years ahead of both of the Milanese duo in terms of league titles won, however the club has never truly translated their success at home to the continent.

Despite being the first team ever to win all three UEFA competitions under Giovanni Trapattoni in the ‘70s and ‘80s, five European Cup/Champions League finals lost (a record shared with fellow chokers Benfica) over their history shows the tempestuous relationship the club has with the competition.

The fact of the matter is from the moment Andy Cole slotted the ball home in that game at the delle Alpi in April 1999 – save for one Pavel Nedved-inspired season in 2002/03 – Juve have been far and away the biggest underachievers in Europe in the last fifteen years. Making it no further than the quarterfinals since.

Why is this? There was always a feeling that the club valued the league title above European silverware (the anti-Milan if you will) and at a time when Serie A was arguably harder to win than any European competition, they could be justified in that belief. However in the current age, where Serie A is as worthy as a Betamax machine, the case can no longer be made.

In regards to the current team, there has been debate from numerous Juve fans about a mental block within the team, similar to what Man City are facing. My view is that it’s a mixture of two things – mental approach and style of play.

Antonio Conte’s imprint is still very much present in this team, Max Allegri rightly hasn’t tried to overhaul the team nor system, but what he should try to change is the team’s mentality.

In every press conference before a Champions League game Conte would trot out the same old line ‘’we can’t compete with the biggest European sides, the gap is too big’’. How is he supposed to motivate his players if he is repeatedly telling all and sundry that they aren’t good enough?

Who can forget his ‘’ Well, you cannot go to eat at a €100 restaurant with just €10 euro in your pocket, can you?’’ comment? Glaringly ignoring the fact that Borussia Dortmund and Atletico Madrid made the past two Champions League finals despite Juve receiving more money than both clubs during that period. It’s obvious that his remarks have damaged the approach of the team in European matches.

The vast majority of Juve fans are realistic, they don’t demand to win the tournament at this juncture, but multiple sustained runs deep into the competition should not be viewed as wishful thinking. Regardless of what the current Italy coach believes.

The 3-5-2 vs 4-3-3 debate has been ensuing amongst the Juve faithful ever since Conte used the latter in the two games against Real Madrid last season (which incidentally was the last time Juve played well in Europe). The 3-5-2 is a good formation if and when you have the players to fit the system, but fact is that Juve currently don’t have the players.

Lichtsteiner and Asamoah are good players for Serie A, but they aren’t going to make a difference at the highest level, and especially not in a 3-5-2. Lichtsteiner can’t beat a defender in a one vs one situation and his crossing ability fluctuates between average and poor. His game is based on overlapping a teammate in front of him, it’s no coincidence that his best season was in 2011/12 when Conte played a 4-3-3 and thus had Simone Pepe in front of him, who created space for him to run into. The 3-5-2 does nothing to help the Swiss international.

Asamoah in the beginning excelled in the formation despite playing out of position, but at this stage he offers solidity defensively but very little going forward. He will get the ball high up the pitch and inevitably turn backwards and play the ball infield. Lictsteiner is guilty of the same thing.

With the two wingers in the 3-5-2 being regularly ineffective, this leaves all the creativity to go central, which for the opposition is very easy to defend against. This is where Juve often struggle to create chances. The central areas are tightly packed with little room to manoeuvre. The system simply doesn’t work on the continent with this set of players.

Arrigo Sacchi made a scathing remark on the mentality of current Italian coaches on Italian TV after the game, he said ‘’we have teams playing like 40/50 years ago. They train all week to stop opponents playing”.

Whenever teams come to the Juventus Stadium or when Juve roll into town, they don’t try to win. They simply lie down and park the bus, train and plane – like a disobedient child awaiting its punishment. Hoping to escape with a point, even Milan at home played with this mindset.

This dictates how Juve play, they don’t have to step up the tempo, and they can keep possession knowing that sooner or later they will score. In Europe even the smallest teams take the game to Juve, and they don’t know how to react.

What amazed me last night was seeing Olympiakos, a club with half of the budget Juventus has, playing sharp, incisive, fluid football. While The Old Lady lumbered around the pitch like ten old ladies (pun intended). How can this be?

Juve only notched up the intensity in the last fifteen minutes, why wait that long? Where was it from the first minute? Yes the goalkeeper made some very good saves, but as Alvaro Morata rightly pointed out after the game, the team has no one to blame but themselves. In the end you get what you pay for, don’t buy a clinical striker; you’re going to spurn chances. Would David Trezeguet have missed them chances? I very much doubt it.

The next several weeks will be crucial for Allegri, it’s time he moved away from the Conte template and moulded the team into more of his image. Another group stage exit would be disastrous, and one the club can ill afford.