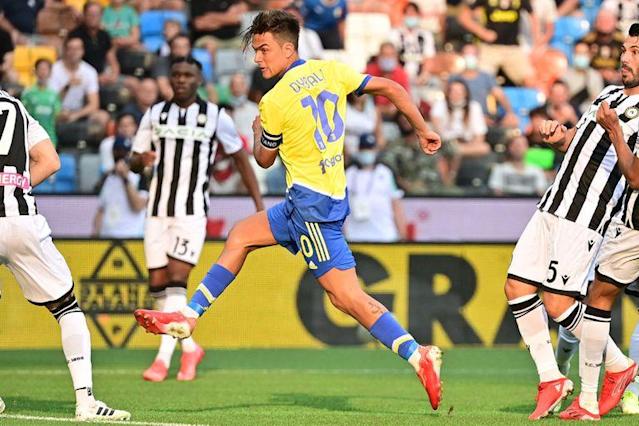 Juventus have thrown away a 2-0 lead to draw 2-2 with Udinese, and while we could complain about VAR, my angst is with Wojciech Szczesny.

The Old Lady started the match in perfect fashion, with Juan Cuadrado picking up the ball down the right, before playing in Rodrigo Bentancur who lays it off to Paulo Dybala inside the box to smash home inside the opening two minutes of play.

The home side picked themselves and tried to fight their way back into the match however, and enjoyed strong spells of possession, although our defence stood strong in snuffing out their attacks.

We broke up their dominance with a second goal however, with Paulo Dybala picking up the ball on the half-way line and picking out Juan Cuadrado’s run, but he took it all the way himself this time around.

The home side could feel a little hard done-by to be trailing 2-0 after a strong performance, having enjoyed much of the possesion, but the quality of Juve had made the difference.

Udinese appeared to come out with a point to prove after the break, and they didn’t have to wait long before their chance came.

After some neat interchanging, they managed to find the pass to break in behind the defence, and Wojciech Szczesny lunged into the forward and brought him down, and the Pole dived the wrong way to make it 2-1.

The game had levelled out a little when Cristiano Ronaldo was brought on for Federico Bernadeschi, before Federico Chiesa also joined later on.

With the stars on the pitch, I was a little in disbelief that we were struggling to get a grip on the game, although CR7 did hit the post with his placed effort from outside the box.

It was Udinese however who found the net next. Szczesny was again at fault as he fluffed his lines, failing to clear the ball with the in-running Okaka, who managed to blocked the clearance, and it fell kindly for his attacking team-mate Delofeu.

Not only did we look the least likely of the two score at this point, we were looking dangerously likely to lose the match with just 10 minutes remaining, but a moment of brilliance came in the dying moments. Cristiano Ronaldo leapt high in the box to head home in the 94th minute of the match, and for reasons unknown to me, VAR has moved to rule out our effort.

Twice VAR has gone against us today, and we have been denied the victory on Allegri’s return.

Could we really be in line for another season of disappointments like last term?