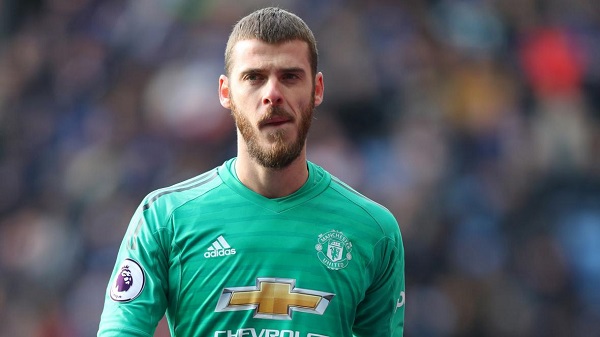 Juventus has been tipped to consider a move for David de Gea as a new report reveals he could leave Manchester United.

The Spaniard has been one of the best goalkeepers in England for a long time.

He was close to joining Real Madrid at some point in his career, but the deal broke down, and he continued building his reputation as one of the finest in Europe at United.

The English club has underachieved in recent seasons, and they lost Paul Pogba as a free agent at the end of last season.

A report from the Premier League reveals De Gea could leave as a free agent at the end of this campaign.

Several top European clubs will look to add him to their squad, and Juve is one of them, according to Calciomercato.

The report reveals the Bianconeri are already scouting for a replacement for Wojciech Szczęsny, whose contract expires at the end of the next campaign.

De Gea is one of the finest goalkeepers in the world, and he would make us a better team.

However, Szczęsny is a top-class goalkeeper as well, and he should remain our first choice unless he leaves or suffers a dip in form, which rarely happens.