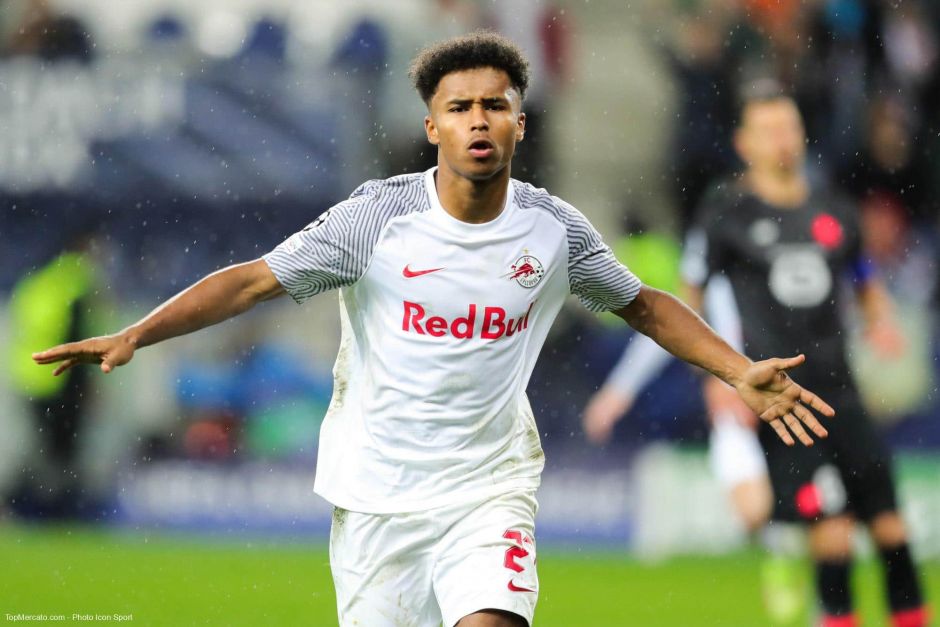 Since the meteoric rise of Erling Haland, football fans and observers have decided to pay more attention for the talents developing at Reb Bull Salzburg.

The Austrian side has dominated the domestic scene recently and are now cementing themselves as a serious threat in Europe.

The club is filled with youngsters who hope to attract suitors from the major European clubs.

This season, Karim Adeyemi is taking the world by storm, presenting himself as Red Bull’s newest goal machine.

The striker is only 19 years of age, but his scoring stats are simply terrifying. He has thus far scored 10 goals in 11 appearances in the Austrian Bundesliga, in addition to three goals in as many Champions League matches.

According to AS via JuveNews, Barcelona and Juventus are set to battle for the signature of the Germany international.

Juventus are obviously attempting to build a younger squad, and the additions of Manuel Locatelli, Kaio Jorge and Moise Kean last summer were a clear indication on this matter.

However, this is the type of races that the Old Lady often gets priced off from, especially as Adeyemi’s form could see him attract more suitors.

However, wasting the chance to sign Halaand remains fresh in the management’s memory, and this could be club’s chance to redeem itself by landing the next big thing from Salzburg.