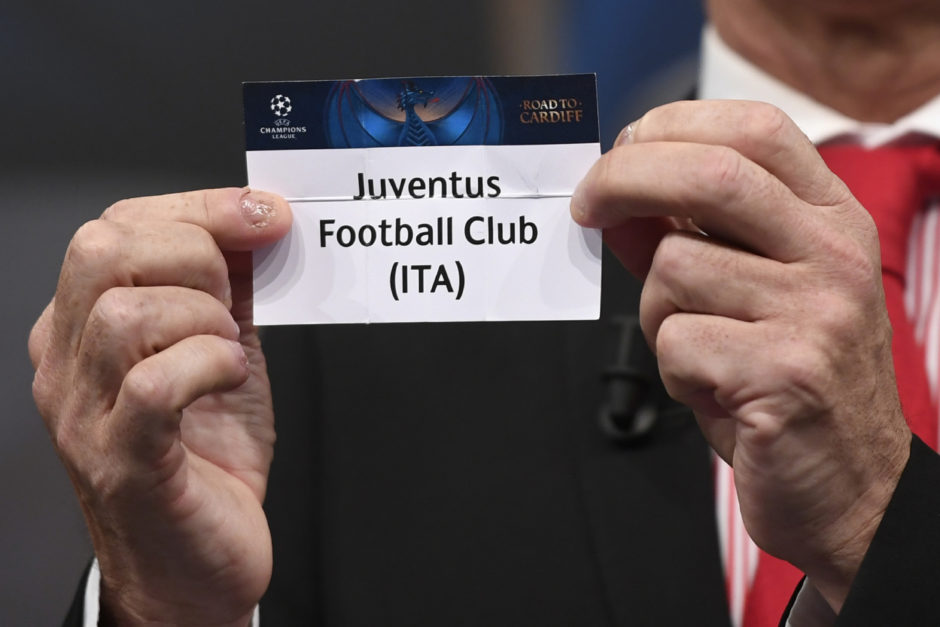 Juventus will face Monaco in the semi-finals of the Champions League.

The Bianconeri have been drawn against the same side they played against en route to the 2015 final, albeit in the semi-finals this time round.

The first-leg will be played on May 3rd in Monaco with Juve facing Atalanta the weekend before, while the second-leg is in Turin on May 9th with a Derby against Torino sandwiched inbetween.

“It’s hard to say which was the best team to face meet because this competition has shown that you can never make a mistake.

“I hope and believe we will be ready to meet this challenge with the maximum of our potential.

“We are expecting a very young team that runs a lot and that’s always a complicated thing.”

“It’s super draw, they are the weakest team of three possible.

“The away match in Monte Carlo will be important, because the principality team does not have much experience and the stadium factor can be decisive.”

“They’re a tough opponent, with a different style of play to ours.

“It will be a nice match.

“Every opponent is difficult to face at this stage of the competition, the atmosphere at Stade Louis II was incredible in the last game, I call on all supporters to be there like in the return.”

“We’ll try to recover well and be attentive.

“Tactically the Italians are very strong, with great players. We’re content, we’ll need to be forceful and give everything.

“We’re two matches away from a final which would be historic for this club, we need to maintain the care-free attitude which is the hallmark of this team.

“There’s talent, but also this care-free approach which allows us to transcend ourselves.  Jardim definitely has a big tactical job on his hands, but I was persuaded beforehand that it’s a good draw for ASM.”