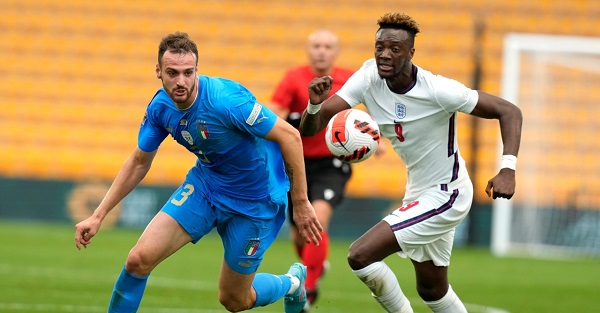 Juventus has been told Federico Gatti is a top talent who can play anywhere in the world, including at Manchester City.

The defender moved to Juve in the January transfer window after shining for Frosinone in Serie B.

He remained with them until the end of the campaign and will now join the Bianconeri first team.

Without kicking a ball in Serie A, he has received an Italy cap and shone for them against England.

He is now being considered for a first-team role at Juve when he joins the club to prepare for the 2022/2023 season.

Frosinone director, Guido Angelozzi, insists the defender has what it takes to thrive anywhere.

He said, as quoted by Calciomercato: “Juve? In my opinion he can play anywhere even in Manchester City, he has technique, speed: he is predestined, he will be Allegri to decide.”

Most Juve fans didn’t know Gatti before their club signed the defender, but they would be happy with the purchase after watching him against England.

He now has to prove he can deliver such heroic showings consistently for club and country.

If he does that, he will likely become the first-choice centre-back at Juve next season.