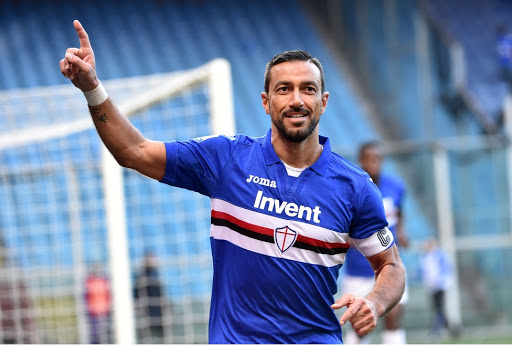 Fabio Quagliarella has dealt Juventus a transfer blow after the Italian striker committed his future to Sampdoria on Instagram.

The 38-year-old has been linked with a return to Juventus in the last few days as the Bianconeri hunt for an Alvaro Morata alternative.

This month offers Juventus the chance to sign another striker, and Quagliarella has proven to be one player that can do that job very well.

He is in the final six months of his current Sampdoria deal and the club has been hoping that he would extend his stay with them.

However, Juventus’ interest presented a serious dilemma for him and he needed to decide if he wanted to continue with them or make the move to Turin.

He has now taken to social media to say his mind on the issue and he said that he has a strong bond with Sampdoria and as he ponders on his future, he just wants to stay with them.

He posted an image on Instagram and captioned: “If you have given so much and received even more, if every time you feel the emotion beating in your chest, that means the bonds are stronger than anything, that they go beyond flattering courtship, that put to one side current events and respect history.

“This is what I think, how I live and how I play. Forza Samp.”