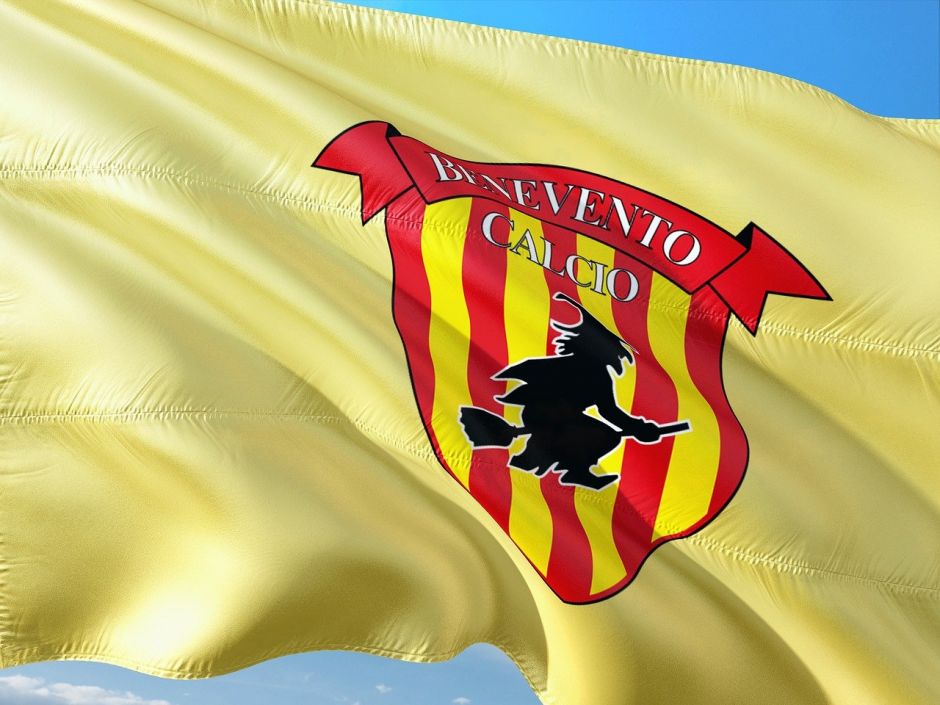 It was just a small consolation, but the Bianconeri did not mess about and came out very aggressively, securing the victory against Cagliari in the first half already. It does not make for the early elimination in Champions League nor it silences the critics, but it is a solid start in the long chase of Inter. Juventus will have to churn out victory after victory, hoping that the opponent slips here and there. The Nerazzurri have been remarkably consistent, but if the Old Lady can prevail in the make-up game against Napoli and keep it close until the head-to-head clash at home in the penultimate round, then things could get very interesting.

Working against that is the fact that the lads have never been able to rip off lengthy winning streaks in Serie A, always stopping at three consecutive ones before taking a spill. They will not have a cozier opportunity to amend that to the one coming up in this match given the prolonged struggles of Benevento. Also, their faux-pas have usually come on the road, especially in the second half of the season.

One of the elements that has hurt the pursuit of continuity is the ever-changing starting lineup, as the coach, due to injuries and suspensions, has rarely been able to field the same XI in twice in a row. It is a major problem, as players inevitably tend to perform better as they got to know each other, especially since most of them have not been at the club together for long.

Across every role, the only ones able to build a rapport have basically been the forwards Cristiano Ronaldo, Alvaro Morata and Federico Chiesa, and it shows because the offense has rarely an issue. It would also help in evaluating the compatibility of some contributors in positions where you work tandem ahead of future choices.

The situation will not change this week as Juan Cuadrado is suspended and Alex Sandro will be sidelined by a small thigh injury. The fact that Aaron Ramsey got hurt again and Weston McKennie is bothered by a nagging problem forced the manager to use all the attackers at the same time last week and the returns were wonderful. The solution had already been adopted as in-game adjustment, but never from the start. It surely set the tone, but its viability, especially from the work rate standpoint, will have to be verified against more challenging opponents. It is a strong option for this one given that the adversaries are quite defensive-minded, so the more firepower on the pitch, the merrier.

Dejan Kulusevski surely has no troubles playing in that intermediate role on the right flank. He has not been great in the prolonged stretch as second-striker, but it seems that the few starts in a row have gotten him fully acclimated after a couple of months where he had troubles finding his place within the team. However, he, Federico Chiesa and Alvaro Morata have to contribute a lot more defensively for the scheme to be sustainable, so it is a push and pull that might not always pay dividends. Moreover, it removes the possibility of having a potential game-changer off the bench, and that is where the injury of Paulo Dybala really stings.

Gianluigi Buffon has recovered and might relieve Wojciech Szczesny, while Federico Bernardeschi and Gianluca Frabotta are in the running to fill in on the left flank, with the former as the frontrunner. Rodrigo Bentancur has shaken off COVID but will probably be eased into action. Whoever is in better shape between Arthur and McKennie will draw the start in the midfield.

Benevento have had quite an irregular going so far, as they started off terribly with few losses in a row, then they righted the ship and appeared to have put themselves out of harm’s way, then they fell into a protracted slump and now they are in trouble again. They have not prevailed since January and they have lost quite badly in three of the last four matches against Napoli, Verona and Fiorentina.

Such rollercoaster is a little weird for a veteran team as, despite being technically a newly promoted side, they have a lot of Serie A experience in the roster. Injuries have played a decent part in their recent woes, as they have not been able to rely on Gaetano Letizia, one of their best players, Iago Falque, who would likely be their top attacker if he stayed healthy, and Luca Caldirola has not been as good after a knee problem.

They will be further undermanned in this one as their defensive linchpin Kamil Glik and the anchor of their midfield Pasquale Schiattarella are suspended and also Fabio Depaoli is hurt. The fact that both right-backs are on the mend have forced them to deploy some unusual solutions, such as adapting the Riccardo Improta to that role, even though they could use their dynamism elsewhere.

Given the significant absences, they could either opt either for their go-to 4-3-2-1 scheme, but with a more offensive lineup with Roberto Insigne instead of Schiattarella, or for a 3-5-2, with either Andres Tello or Daam Foulon manning one of the flanks. Bryan Dabo would allow them to keep the same posture as always, but he has not gotten many starts even when they were depleted.

They made just a couple of changes to the squad that tied 1-1 in the first match as they signed Depaoli and Nicolas Gaich in January. The young Argentinian forward bagged a great goal two matches ago versus Spezia. While he presents an intriguing combination of size, speed and technique, he has not entirely leapfrogged Gianluca Lapadula in the pecking order. The veteran has not been particularly effective in the box thus far, but he is a big part of their identity with his tenacity. There is also a chance they go with two pure center-forwards.

The more considerable variation is the return of Nicolas Viola, who spent the first half of the season recovering from knee surgery. With his technique and playmaking, he adds another dimension to an otherwise extremely muscular midfield given the gritty styles of Artur Ionita and Perparim Hetemaj. He is also a marvelous set piece taker as well.

They are one of the few remaining Serie A sides that play with an old school style that prioritizes defending and countering. Both the sprightly Gianluca Caprari and Lapadula are in their element in open space and Gaich does not look too shabby either. However, the first part of the stratagem has let them down lately as the back-line, for various reasons, has not held up in the last few matches.

Differently from previous months, they have shown some cracks from the mental standpoint, as things have snowballed on them a couple of times when they went down in the score early. They are not afraid to muck it up and that how Juventus got stymied in the first bout, so the Bianconeri will have to stick to the plan and avoid getting antsy even if they do not manage to get an early lead.

The major difference in methods between Sarri and Pirlo revealed