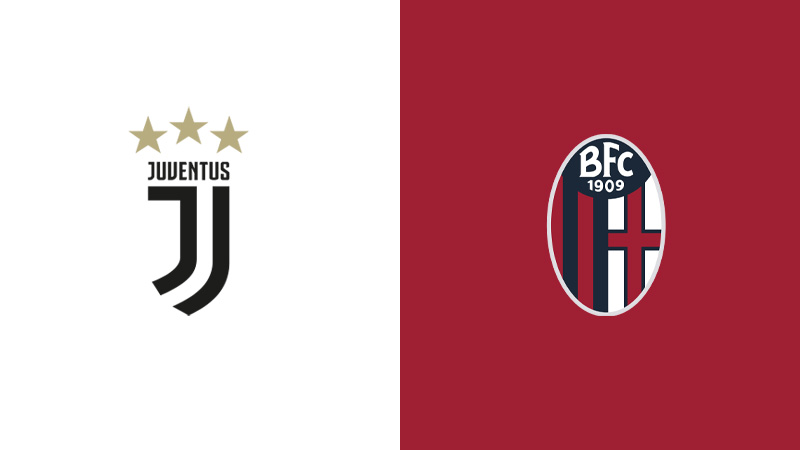 Massimiliano Allegri predictably survived the break, even though the showing against Monza couldn’t have been more dismal, and the players had no reaction whatsoever and seemingly quitted on him. From the technical standpoint, there were all the premises for a firing, but the economic aspects evidently outweighed them. Considering the extra busy stretch coming up, there will not be another window to pull the trigger without making a mess until the November break. The next 12 matches will be key for the future of the boss, and, more importantly, for the outlook of the season. The pre-game remarks were a little better than usual, as he finally acknowledged the poor performances rather than outright rejecting any self-critique.

The start has been borderline horrific, especially in the Champions League, but there is still room to mount a comeback in both competitions. Seven points is a big hole in Serie A, especially considering that it developed through only seven games. However, it’s still very early, and while other teams have performed way better, nobody has looked perfect nor a juggernaut.

A positive string of results would catapult the Bianconeri back into the top positions, but the question now is whether they have it in them to right the ship. The problems piled up before the pause, not allowing them to re-group, and the players arrived spent and confused at the finish line. The upcoming run will be similar, with the difference that there will be more challenging bouts in Serie A. The harm has been mostly self-inflicted against inferior opponents so far.

Since things can’t get any worse, they’ll probably get better, if anything, for the numerous returns from injuries that are forthcoming. Manuel Locatelli, Adrien Rabiot, and Alex Sandro will be back for this one. Even Federico Chiesa and Paul Pogba might resurface relatively soon, although expectations will have to be tempered for them at first. With almost a full squad, it’ll be more apparent whether the lads are still behind the coach, and the absences were the main factor behind the precedent woes, or if they have turned on him. There weren’t reports of the executives speaking with the locker room leaders during the crisis, which was a little odd but also a signal that a coaching change wasn’t really considered.

Now it’ll be up to Allegri to find a scheme to lean on consistently, giving it time to oil the mechanisms. It didn’t take two great performances with Italy to discover that Leonardo Bonucci is way more comfortable in a three-man defense. Dusan Vlahovic and Arkadiusz Milik pairing up should be the way to go with Angel Di Maria sidelined. It shouldn’t just be up to the latter to connect the lines, even though he’s more polished, to be a little more unpredictable and keep the Serb engaged. The returns of Locatelli and Rabiot can permit to use one fewer man in the midfield thanks to their hard work in the passive phase, which could come in handy when the Argentine clears his ban. There are some cutting-edge tactics that would suit the squad, but they would be novel stuff for the gaffer.

As for the XI; the South Americans are the main question marks, as Juan Cuadrado and Leandro Paredes could be initially spared after long flights. One is clearly more disposable than the other, but there are more options in the midfield now, so it wouldn’t be outlandish. The scheme will be fluid, as it could be also a 4-4-2 with Weston McKennie on the flank, which isn’t particularly enticing.

It feels that Bologna were just waiting for an excuse to dismiss Sinisa Mihajlovic, who had grown a little stale, and the slow but not awful start provided it. It was unfair considering the major blows they endured in the summer and the fact that he had yet to properly explore the newcomers. Perhaps he and the brass weren’t on the same page about the team’s trajectory. Avoiding relegation with ease multiple times in a row is nothing to scoff at. If they didn’t progress during his tenure, it’s not because of the gaffer but rather due to a lack of investments from a very wealthy ownership.

They went with Thiago Motta to replace him, who proved to be a capable coach at Spezia last season amid a host of difficulties. That wasn’t a given, considering how his short turn at Genoa had gone. He progressively smoothed out the wildest elements of his formations while maintaining their fluidity and boldness. He inherits a better squad than his one in Liguria, and they should be headed for another serene campaign. However, if they want something more, they would have to cease cashing in on their best contributors and constantly having to replace them, with the newcomers inevitably needing time to fit in and flourish.

They parted ways with three of their most brilliant prospects, Aaron Hickey, Arthur Theate, and Mattias Svanberg. The replacements appear pretty good but are unlikely to have the same ceiling. They are probably hoping more tactical creativeness and chutzpah might elevate them, and it could happen, but the previous boss hadn’t rested on his laurels and innovated through the years. Although, he ultimately didn’t believe their top attackers could feature together without severely hampering the overall balance. Since they aren’t the most consistent players, he could routinely bench them without looking foolish.

Motta quickly switched to a four-man defense, moved up Gary Medel from the backline to the midfield, and went with a 4-3-3/4-2-3-1 depending on where Roberto Soriano plays. He can switch between the roles based on how the game goes. Despite the loss, they had a pretty good showing in the gaffer’s debut versus Empoli.

They will often have to outgun opponents for this formation to pay off, especially considering that their defensive phase was an issue even when they were using 3-5-2. They have yet to keep a clean sheet, and Lukasz Skorupski, who’s wildly seesawing for a goalie, hasn’t been his best self so far. Their rearguard is almost completely new. Jhon Lucumi and Stefan Posch form a strong and well-assorted duo in the back, as they both combine physique and agility. On the other hand, their fullbacks would be better off as wingbacks. Denso Kasius is taking the leap and has been a factor, and Juventus loanee Andrea Cambiaso is at his best when galloping forward and a little too cavalier when he has to handle the ball. They have two more defensive-minded veteran alternatives, Lorenzo De Silvestri and Charalampos Lykogiannis, but they would lose a lot of juice with both of them in the lineup.

Medel, Jerdy Schouten, and Nicolas Dominguez are two defensive powerhouses in the midfield, and that should compensate for the probable lack of work rate on the wings. Musa Barrow and Riccardo Orsolini are two full-fledged forwards. They will have to bust their tails tracking back too; otherwise, they could easily be split in half on opposing counters. On the other hand, the scheme could limit the playing time of their additions in the midfield, as Lewis Ferguson and Nikola Moro are promising on paper, but they are apt to play as box-to-box. The coach will have his hands full in juggling everybody’s playing time.

The gambit can be successful if the attack produces. Marko Arnautovic has been doing that in spades so far, hitting the net in every possible fashion and showing off his well-rounded arsenal. They had previously streamlined their strategy to funnel the ball to him constantly. At least one member of the supporting cast has to join him as a regular scorer for them to be prolific enough to offset the predictable problems in the back. Soriano fell off a cliff from such standpoint in the past two seasons, but he has it him. Barrow and Orsolini are fairly similar, although with a different strong feet. They both like to have the ball and cut back, as their best skill is to fire off from distance. But they’ll have to improve on the easier plays and the little things. The former is out for this one, but things don’t change dramatically as it’ll be either Nicola Sansone or Emanuele Vignato replacing him. They don’t have the same upside but have similar traits, and the veteran is actually a nuisance whenever he’s healthy due to his incessant cuts.

As the Monza game made clear, opponents are smelling the blood of a wounded Juventus, and there’s no intimidation factor whatsoever, which is a sad state to be in. If Bologna manage to be intense and fierce for the 90 minutes and limit their defensive woes, the Bianconeri would be in for another long game. After all, they were outplayed by what had looked the worst side in the League up until that point, so there are no easy games.